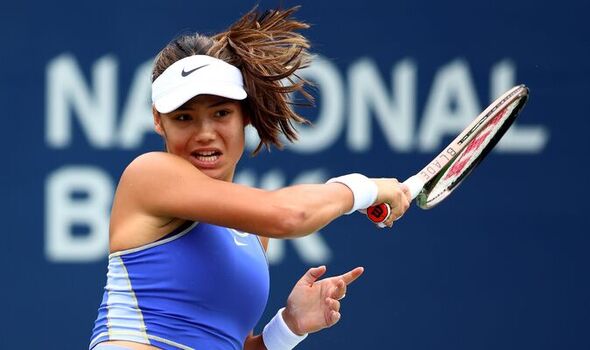 Emma Raducanu has crashed out of the National Bank Open in the first round. The ninth seed was making her debut at the WTA 1000 in her birth city of Toronto, and faced a tough test in defending champion Camila Giorgi. After a lengthy first set, the Brit fell away in the second and the world No 29 progressed 7-6(0) 6-2 in an hour and 49 minutes. It’s a big blow to the 19-year-old as she gears up for her US Open title defence.

Raducanu received a tough draw in her Toronto debut, coming up against the defending champion. It appeared to be a strong start for the Brit when she broke in the opening game, but it was the first in a string of four back-to-back breaks as both women found themselves at 2-2 without being able to hold serve.

The Italian was the first to hold in the match, going 3-2 up after finding herself in some danger at 30-30. It was Raducanu’s turn in the next game, as she let out a huge “come on” en route to a love-hold before the breaks returned. The world No 10 pounced first but Giorgi was able to get straight back on serve for a third time, needing five break points to level things in a lengthy four-deuce game after Raducanu had recovered from a 0-40 deficit.

It was the defending champion who was first to end the run of breaks once again, as she took a 5-4 lead to put herself within a game of taking the rollercoaster opener. But both women were able to hold for two games in a row for the first time in the match, as the set went to a tiebreak.

JUST IN: Medvedev responds to attack from Russian politician ahead of US Open 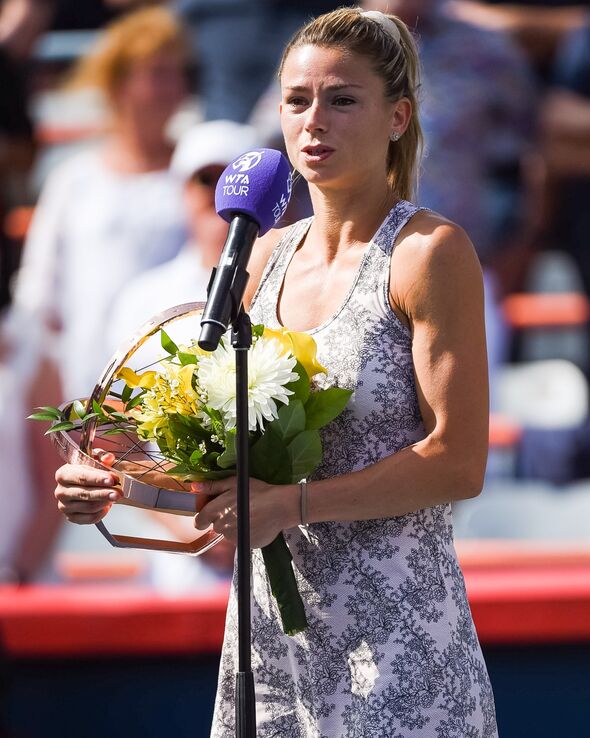 After an up-and-down set, it was all Giorgi in the breaker as the world No 29 won seven points in a row to take it 7-0, with Raducanu hitting a double fault to lose the set after an hour and 11 minutes. She bounced back by taking a 2-0 lead in the second set, breaking the 30-year-old at the first opportunity, but Giorgi quickly took the momentum back and won four games in a row to take a set-and-a-break lead.

And last year’s champion over in Montreal broke Raducanu once again to serve for the match at 5-2. After blowing two match points, Giorgi sealed a moral bagel by winning six games in a row to take the match 7-6(0) 6-2 in an hour and 49 minutes. 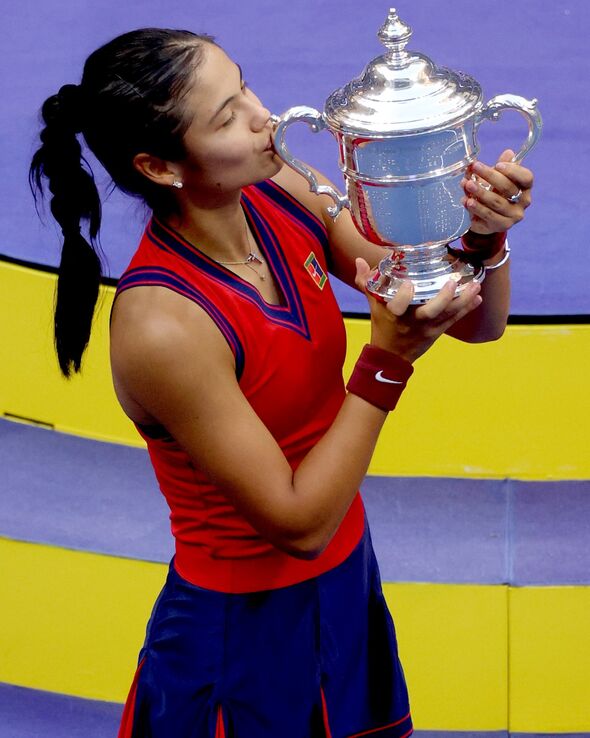 Raducanu will now head to Cincinnati for her debut at the WTA 1000 tournament there before setting her sights on her US Open title defense. Next week’s Western and Southern Open is one of the last big tournaments that the world No 10 is yet to compete in.

Meanwhile, Giorgi will next face either Anna Bondar or Elise Mertens in the second round as she continues her quest to defend her own biggest title of her career.