When Ons Jabeur and Elena Rybakina take to Centre Court their names will be displayed on the scoreboard, each followed by three letters in brackets: Tun; Kaz.

Have those six letters ever been more hotly discussed, ever carried more significance in a Wimbledon final? This is a match about sport and flags, about what an athlete’s nationality means to them and to the rest of us.

Jabeur emerged from a country and a continent with precious little tennis history. The 27-year-old is adored in Tunisia and after her matches here a group of fans has gathered to serenade her as she does her broadcast interviews. 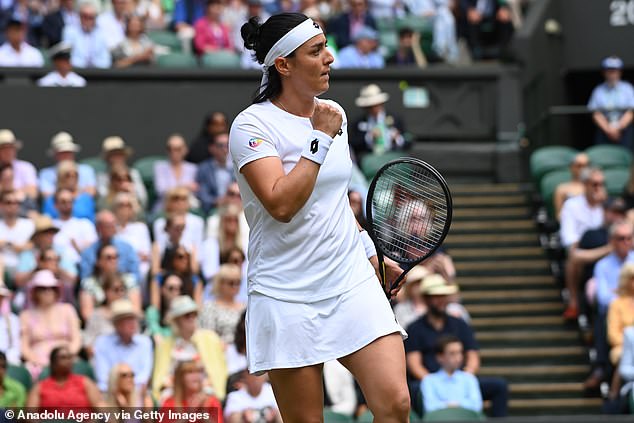 Jabeur is African, Arab and a Muslim – three significantly under-represented demographics in tennis.

Today is the first day of Eid al-Adha, the most important holiday in the Islamic calendar, and enormous global viewing figures are expected.

A win for the world No 2 could be transformational for grassroots tennis in vast swathes of the globe.

Asked about her national identity, Jabeur said: ‘It’s always about Tunisia, but I want to go bigger, inspire many more generations. 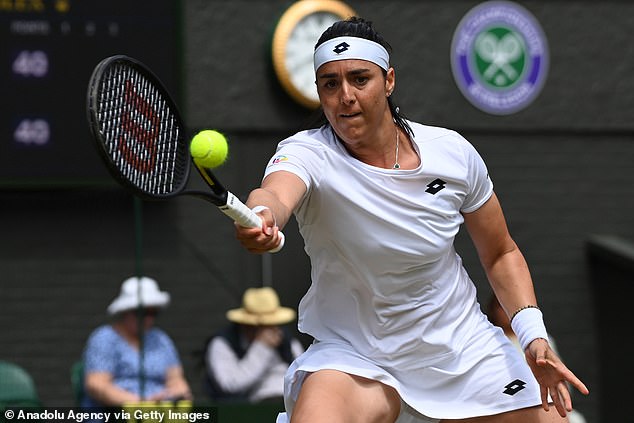 The Tunisian could boost three significantly under-represented demographics in tennis

‘Tunisia is connected to the Arab world and to the African continent. I want to see more players from my country, from the Middle East, from Africa.

‘I think we didn’t believe enough that we can do it. Now I’m trying to show that we can. Hopefully people are getting inspired.’

Then there is Rybakina, born in Moscow but playing here under the flag of Kazakhstan, while those from the country of her birth are banned.

The 23-year-old has also spoken well – although understandably more guardedly – about what her nationality means to her. 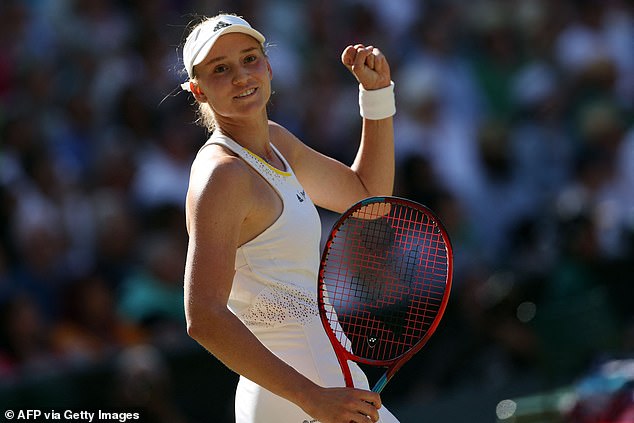 Russia may be claiming her success as their own but it is Kazakhstan who have financed her career since 2018 and made today possible. Who is to say that the love she feels towards her country for that support is any less authentic than Jabeur’s for Tunisia?

‘They believed in me,’ she said after her semi-final. ‘Today our president of the federation came to support me. It’s really a big thing.’

There is widespread and understandable support from within and without the game for Jabeur to lift the Venus Rosewater Dish. And it would undoubtedly be awkward for Wimbledon to see a Russian-born player raising it instead.

But Rybakina is one hell of a talent and any success she achieves on Saturday or in the future will be predominantly thanks to Kazakhstan, not Russia – no matter what their state-sponsored TV might say.