The Australian Open juniors tournament has been postponed because of travel restrictions related to the pandemic.

The girls and boys tournaments, which usually runs simultaneously at Melbourne Park with the Australian Open proper, will not go ahead as planned with officials telling participants on Saturday that it had been pushed back. 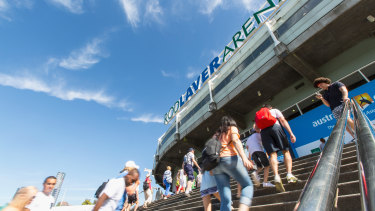 This news comes as uncertainty surrounds the start of Australia’s summer of tennis including lead-up tournaments like the ATP Cup, and the Australian Open.

“Australia has had relatively few cases of COVID-19 … and this has been achieved through strict biosecurity measures which include limiting international travellers into Australia, and mandatory 14-day quarantine for all international arrivals,” the letter read.

“Travel to Australia is also not straightforward, with caps on the numbers of arrivals and the Department of Home Affairs requires a travel exemption.

“These limits along with the increased biosecurity requirements have unfortunately made it extremely difficult for us to run a junior event at the 2021 Australian Open.”

Tennis Australia is now working on finding another time in 2021 when a replacement junior tournament could be held.

The letter said normal International Tennis Federation junior tournaments in Australia held in April would still go ahead at this stage.

In 2020 Wimbledon was cancelled while the US Open went ahead a week later than usual, and the French Open in late September as opposed to late May, all because of COVID.

Australian players Ash Barty and Nick Kyrgios sat out both while Rafael Nadal did not play the US Open, and Roger Federer did not play either.

The Victorian government has been firm as it works through the quarantine requirements for the Australian Open, particularly with moving lead-up events to Melbourne, but Premier Daniel Andrews said this week that he was confident the Open would go ahead.

Alex de Minaur's manager said on Friday that players could boycott the Australian Open given the difficulties of getting into the country and lack of pre-tournament events.

Mr Andrews had previously dismissed suggestions that the tournament would have a depleted field.

"I'm not a professional tennis player, nor am I a spokesperson for them, but I think grand slam tennis has a certain allure, and I don't think we'll ever have trouble getting a field for one of just four grand slam tournaments that are played each year," he said.

"We're working to make sure that we've got tennis as we can safely have, but it's got to be done safely."

Tags: 'Extremely, difficult, run, to
You may also like
Latest Posts