Serena Williams bids farewell to tennis after US Open defeat

On this day back in 2008, Roger Federer exacted revenge on Andy Murray to claim a fifth US Open title and deny the Brit his first ever Grand Slam. Murray had beaten Federer twice in a row heading into the Flushing Meadows final, but a failure to make it three on the spin saw him subsequently brand the Swiss icon “the best player ever” to grace the sport of tennis.

Having defeated world No 1 Rafael Nadal in the semi-final the previous night and beaten Federer for a second consecutive time in Dubai six months earlier, Murray appeared destined to break his Grand Slam duck in New York. However, it wasn’t to be.

Federer stormed to a 34th consecutive victory at Flushing Meadows to claim a fifth US Open title with a 6-2 7-5 6-2 victory in just one hour and 51 minutes. The stunning display from the Swiss superstar, who would go on to amass a total of 20 Grand Slam titles, meant the wait for a first British male Grand Slam champion since Fred Perry at the US national championships way back in 1936 would go on.

Following defeat to Federer, a typically gracious Murray hailed his opponent as “the best ever to play the game”. The British No 1 also insisted the tournament’s second seed had “set the record straight” having failed to get the better of him in the pair’s previous two encounters.

JUST IN: John McEnroe accuses Nick Kyrgios of going ‘too far’ with antics at US Open 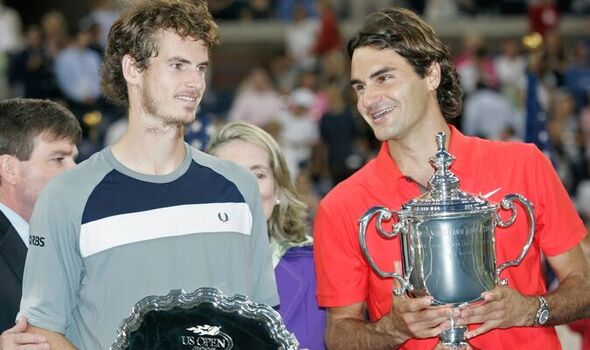 “I had a great tournament but I came up against, in my opinion, the best player ever to play the game today,” Murray said in his post-match interview on the Arthur Ashe court. “I had got the better of him the last two times we played, and he definitely set the record straight, so congratulations to him.”

When probed over what he had learned from the experience of reaching his first ever Grand Slam final, Murray added: “That I’ve got a lot of improving to do if I want to win one of these tournaments. I love playing in front of these crowds. I played three times on Arthur Ashe, and it has been the best time of my life.” 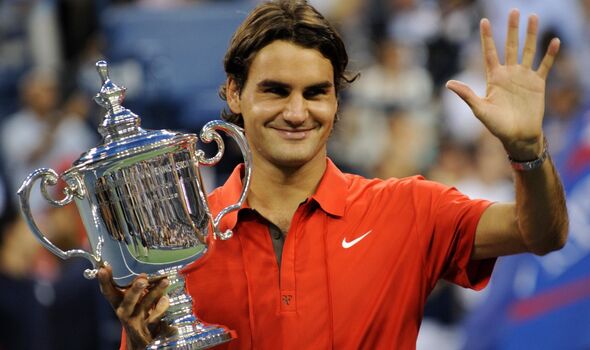 It would take four more years before Murray would go on to fulfil his Grand Slam-winning ambitions. Fittingly, it was the US Open of 2012 which proved to be his crowning moment. Two Wimbledon titles in 2013 and 2016 then followed, but to date, no Australian or French Open successes have followed despite five final appearances in the former and one in the latter.

Though the 2008 US Open final may seem a distant memory with both players having now passed their peaks, there still appears to be something left in their respective tanks. The Laver Cup at the end of this month will provide an opportunity to see the two legends in action once more, only this time they will join forces as part of Team Europe in a bid for collective glory.