Roger Federer 'not the player he was' says Rupert Bell

Sports journalist Rupert Bell appeared on GB News to discuss Wimbledon and Andy Murray’s loss against Canadian Denis Shapovalov and what the future now holds for him. Mr Bell looked at Andy Murray’s history of injuries and the short amount of time to train in the lead up to the tournament. Mr Bell said Andy Murray simply refuses to quit stating it was part of his “problem” and said his fitness and health was “not as it once was”.

Mr Bell said the tennis star “does not want to leave the party” which is part of his problem as he suggests the athlete should consider stepping away from the sport.

He explained both Roger Federer and Andy Murray may have passed their prime as their bodies are “not as they once were” and drew doubt over their futures.

Andy Murray also admitted he may hold discussions on what his future will be if he’s unable to string a run of tournaments together to help improve his ranking.

He said in a press conference: “There is a part of me that feels a bit like I have put in so much work the last three months and, you know, ultimately didn’t play how I would want and expect, and it’s like is it worth it?

“Is all of that training and everything that you’re doing in the gym, unless you’re able to like practice and improve your game and get matches and continue, get a run of tournaments.

“Os it worth all of the work that you’re doing?” 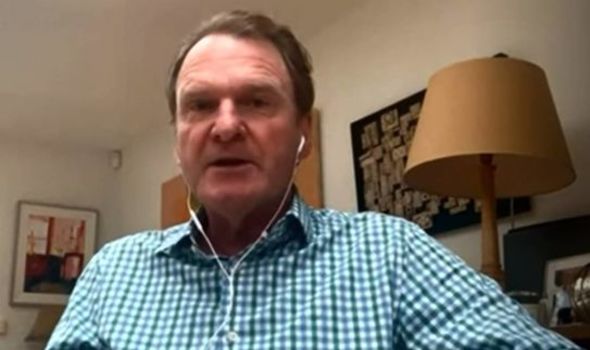