Johanna Konta is off on a 1,100-MILE road trip around America as Brit plans her safe passage to Flushing Meadows

Jo Konta is embarking on a 1,100-mile road trip during her visit to America to try and keep herself safe during three scheduled tournaments there.

Konta, who returns to full tour action this week for the first time since March, highlighted her unlikely journey as details emerged of the stark legal waiver players must sign to participate in the US Open. The reference to serious illness and death within it shows that this will be no ordinary run of tournaments.

So does the itinerary of Konta, who flew direct to Chicago from London and hired a car to drive the 375 miles to Lexington, Kentucky, where she is in the draw to face Marie Bouzkova of the Czech Republic. 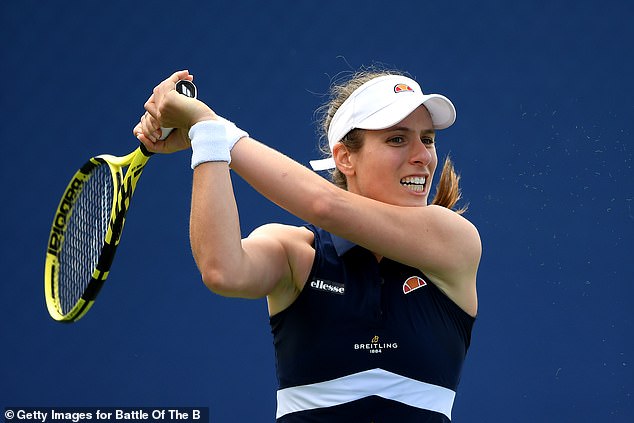 Jo Konta is embarking on a 1,100-mile road trip during her visit to America to try and keep safe 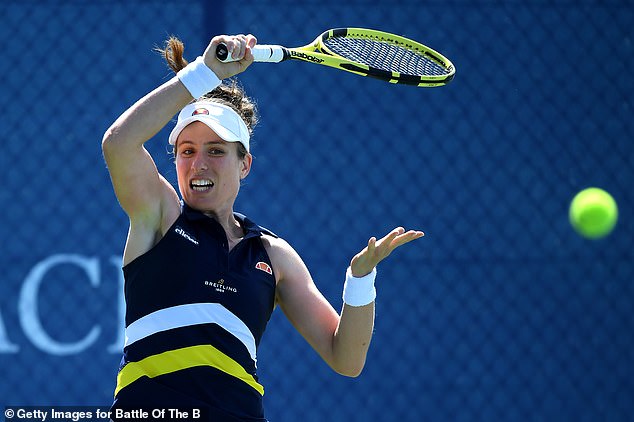 After that she will drive a further 720 miles to New York with hitting partner Dan Smethurst.

‘I want to try to minimise the amount of time I spend in airports,’ she explained.

The British No 1 revealed her plans as details emerged of the document the players must sign to enter the Grand Slam beginning at the end of this month.

It reads: ‘I voluntarily assume full responsibility for any risks or loss or personal injury, including serious illness, injury or death, that may be sustained by me or by others who come into contact with me, as a result of my presence in the facilities, whether caused by the negligence of the NTC (Flushing Meadows) or otherwise.’

The document is clearly a response to the threat that, in this of all years, a player will sue in the event of becoming infected or ill, which will surely happen to someone at some point. 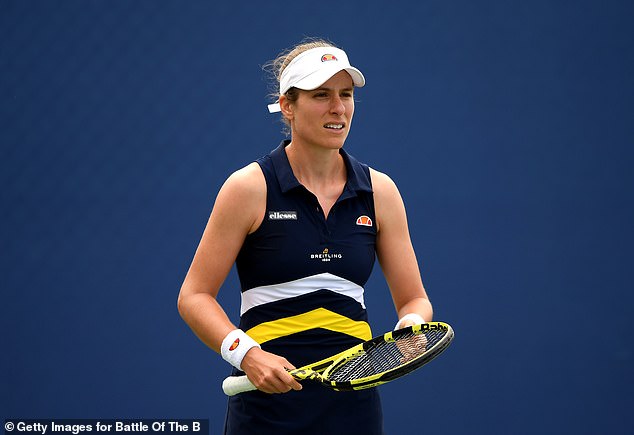 The United States Tennis Association have doubtless had their minds focused by the case of Eugenie Bouchard, who took them to court after slipping in a locker room bath in 2016 and banging her head so badly she was concussed. The accident is said to have cost them several million dollars.

It all adds to an atmosphere that may discourage some to travel, with the number of those declining on both the men’s and women’s side now running into double figures.

Defending champion Rafael Nadal and female world No 1 Ash Barty are so far the two highest-seeded absentees along with the likes of Stan Wawrinka and, probably, Simona Halep.

There are signs it is unnerving some already with Sandra Zaniewska, coach of leading French player Alize Cornet, tweeting: ‘Is the USTA going to do anything about this inappropriate waiver?’

Konta, however, was somewhat more sanguine about it. ‘With any kind of form or anything in that kind of realm it’s always going to be very dark and sombre,’ she said. ‘They want to keep everyone safe, however you can’t be held responsible for certain people’s decisions as well, it’s that kind of situation really. 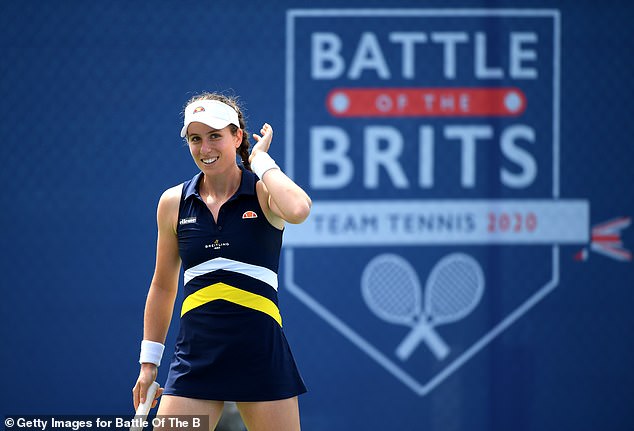 ‘It’s difficult to put the blame on anyone, including yourself. Everyone is making educated decisions on whether they want to play, how they play and the way they go about trying to make themselves safe. I’m taking very much the same precautions as I did at home, it feels very much the same right now.’

She and Heather Watson are both playing in Lexington this week before heading to New York, where the displaced Cincinnati Open will take place ahead of Flushing Meadows.

British doubles player Emily Webley-Smith hoped to join them but she had her US visa cancelled because her departure from last week’s event in Palermo was delayed due to the late arrival of her final Covid test results there.

Andy Murray, who is going direct to New York, has made the US Open field without the need for a wildcard after Australian Alexei Popyrin withdrew yesterday.