John McEnroe has claimed Nick Kyrgios is ‘finding excuses’ to avoid a conversation with the American behind the scenes. The Australian is arguably this generation’s version of the six-time Grand Slam champion, whose brash and bad-tempered persona sent shockwaves through the tennis world in the 70s and 80s.

The 27-year-old reached his first Grand Slam final at Wimbledon on Sunday, but there were many outbursts along the way, some aimed at the chair umpire, line judges and even his own team, and he was also slapped with fines. He dances to the beat of his drum and along with an aggressive and innovative playing style, part of Kyrgios’ allure is simply not knowing what he is going to do next.

McEnroe, 63, who has captained Kyrgios on several occasions as part of Team World in the Laver Cup, says he asked Kyrgios on “numerous occasions to come and have a chit chat” but he always finds ‘an excuse’. “I get a lot of what’s going on here more than most people,” he told BBC Radio 5 Live Breakfast.

“He’s a good kid, the players like him, he’s well liked in the locker room, he does a lot of charity work. But he’s got demons you know, in a way – we all have this fear of failure and it’s a question of how you best deal with it.” 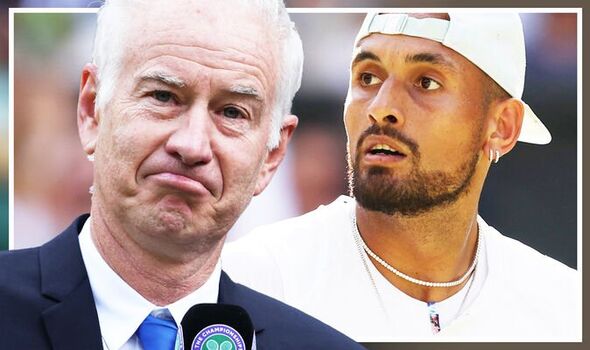 Seven-time Grand Slam champion McEnroe said the shots Kyrgios pulls off are “incredible”, adding: “It’s unbelievable so he moves the needle for us in tennis. We need this big time, but we don’t need him to try half the time. Who should coach Nick Kyrgios? John McEnroe of course but he’s untouchable.

“Anyway the guy doesn’t need the coach, the guy is a genius out there the way he plays. He needs Sigmund Freud to come out of the grave and somehow figure out a way to keep this guy going for a couple of years because we could use him.”

McEnroe added: “You know he’s sitting there and he’s obviously tortured in certain ways. [He’s] unbelievably talented, very smart. [He’s] a hell of a player when he wants to be and so you want to nurture that in a way as an ex-player, as a father, as a fan, as a commentator, so I can relate a lot.” 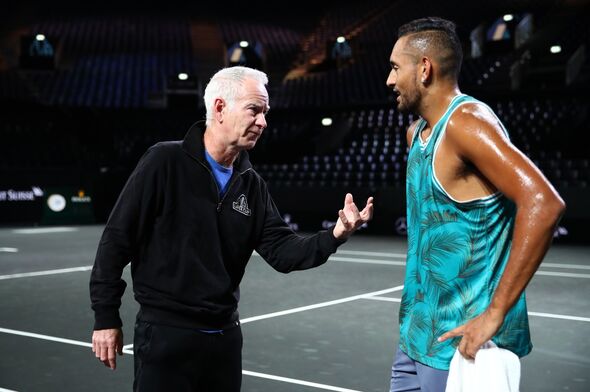 On Friday, a documentary about McEnroe’s life exploring topics such as mental health and his tennis career, will be released in cinemas. McEnroe had called Kyrgios’ behaviour during Wimbledon ‘embarrassing’ and conceded that it could be seen as “the pot calling the kettle black”, given his own verbal altercations with umpires during his time as a player.

Of his own antics, McEnroe said: “There’s certain behaviour that I regret”, adding: “I would say I’m proud of most of what I did but there are certainly times where I’m like, ‘I didn’t need to do that’. It only exacerbated the situation and made more people get mad at me or start booing me so it wasn’t like it helped me. It may be at times you blow off some steam.

“Obviously, you see Kyrgios doing that all the time. Most of what he does, I like. But how do you think his box feels when he’s screaming at them? Those are the people that love him most right? Unfortunately, the people that you love most you take it out on, because you feel closest to them. I think we can all relate to that. But if it wasn’t so sad it would be funny in a way. So that part, hopefully he would look at and go, ‘I don’t need to do that to my dad or my girlfriend’.”