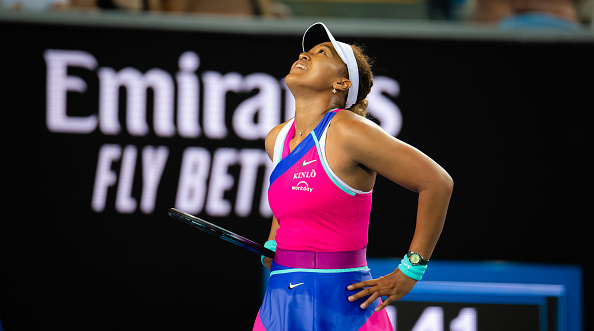 The defending champion was beaten 4-6 6-3 7-6 (10-5) by Amanda Anisimova having squandered two match points.

Osaka has twice taken lengthy breaks from the sport in recent times having admitted she has found it hard to contend with the pressure and adulation that has accompanied her grand slam successes.

‘So he said if I played people that returned as well as she did before maybe I would have been more prepared, but those are the choices that I made.’

Outspoken former American tennis start John McEnroe, however, fears Osaka has put herself in a difficult position by talking so openly about her mental fragility and believes she will always have to face questions on the matter whenever she fails to convert matchwinning opportunities.

He said: ‘It is an extremely difficult position she has in some ways put herself in. Bringing the concept of mental health to the forefront of the conversation is a great idea, but it has brought attention to her.