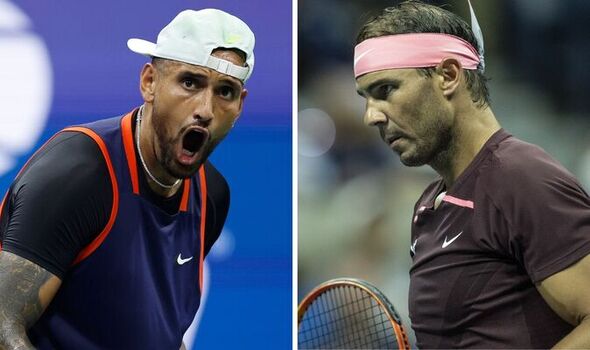 Nick Kyrgios has fired a warning to Rafael Nadal and his US Open rivals as he set his sights on winning the title after a statement win over world No 1 and reigning champion Daniil Medvedev. The Aussie also joked about his “bonehead” illegal point in the third set after sealing a 7-6(11) 3-6 6-3 6-2 victory to advance to his first US Open quarter-final.

Kyrgios has continued the best season of his career by dispatching defending US Open champion Medvedev. The 23rd seed produced an impressive performance to send the top seed packing for the second time in less than a month as he sealed a four-set victory over last year’s title winner to advance to the quarter-final.

Having made back-to-back quarters at Grand Slams for the first time in his career, the Aussie was in great spirits as he admitted he made a mistake early in the fourth set. At 1-0 30-30, Kyrgios looked set to earn a break point as Medvedev struggled to return a passing shot but the world No 25 ran to his opponent’s side of the net and took the ball out of the air for what looked like a smash “winner”.

But it was the top seed who won the point after Kyrgios crossed the net – a move illegal in tennis. And it was the first thing he addressed in his on-court interview. “I still can’t believe the bonehead move I made over here,” he laughed, speaking to Patrick McEnroe.

JUST IN: US Open star threatens to ‘come after’ Rafael Nadal in warning 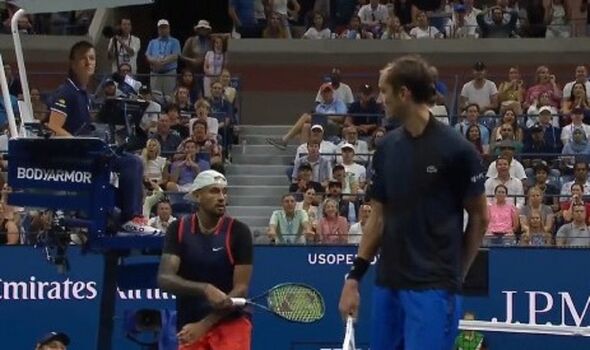