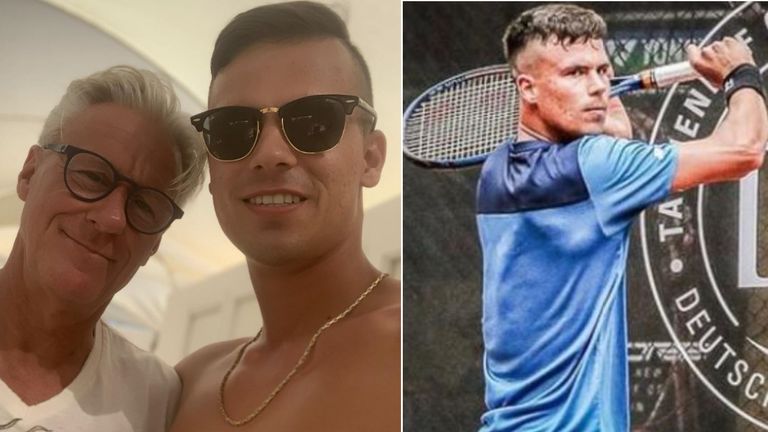 It’s no wonder Daniel Altmaier and his coaching team opted for a week of downtime in Ibiza with the tennis tour scheduled to return in the middle of August.

“Over the last few months I’ve had a huge opportunity to work on my body – especially my strength and power.

It’s really difficult to work on that part while you are competing because you lose ‘the feeling’ and you’re obviously tired playing after strong physical training.

It’s been a very special time getting stronger and I’ve been working with my physical and tennis coach on video calls because they are both in Argentina.

At the beginning, I was not sure this would be as effective as it turned out at the end. I truly felt like I have been working with my coach next to me. The advantage of him seeing me practise and advising the exercises was very important.

It pushed me daily and I knew that I was doing the right thing as he was controlling everything. The most difficult part is choosing the right weight. I was able to adjust the weights program each and every time with my coach to have a great session.

After nearly nine weeks of doing this constantly my team and I decided I needed a break and rest for a week. I decided this very spontaneously because I had the opportunity to go to Ibiza with some of my friends and have some time off.

Over the last three years I haven’t rested too much and haven’t spent too much time with my friends.

On the second day there I had a funny catch-up in a hotel. Out of nowhere I saw Bjorn Borg and had a quick chat.

He didn’t give any tips or anything like that – it was just a quick friendly chat. It doesn’t matter under which circumstances you meet legends of our sport, it’s always special. He’s a very special person and it was pretty cool being with him.

After almost a week of much-needed rest for my body and mind, I restarted practice and I’ve also been putting in the hours in the gym.

I also spend about two hours a day on court to stay in a good rhythm and get back to the movement on court.

As the tour is scheduling to return on August 17 I am slowly turning my plan around and will put more hours on court.

The main focus is going to be on technique and playing a lot of points which means simulating the normal match.

This is very important in having a good balance of working with my coach and having good match practices before going back to compete.