If the top half of the Australian Open draw could be accused of lacking notable drama so far, Naomi Osaka ensured she at least provided some fireworks. The big names playing on day three in Melbourne all progressed without much difficulty on Wednesday, and while the start of the second round saw few shocks, it means a meeting between defending champion Osaka and tournament favourite Ashleigh Barty remains alive.

Osaka served a reminder of why that promises to be a tantalising last-16 match with a spectacular first-set performance in her win over Madison Brengle, before having to dig deep and answer some testing questions in closing out the 6-0 6-4 victory. The 24-year-old was playing just her fifth match since September but a stunning display of ball-striking and an eye-catching array of winners in 20 dominant first-set minutes showed little sign of rust.

There is a wonderful freedom to Osaka’s play when she steps into the ball and swings for the corners and it left Brengle in a daze. The winners, cranked and crushed onto the lines with power and precision, racked up to 13 in the first set alone, while Brengle’s tally stood at zero. It was a spell-bending flurry from the two-time Australian Open champion, and one that she was enjoying – as the smiles and laughs flashed on court testified. “Anyone hit the ball cleaner from the baseline than Naomi Osaka?” Andy Murray tweeted, accompanied by a fire emoji that recognised the flames Osaka was playing with.

The dominance Osaka was having was emphasised when, early in the second set, Brengle raised her arms to the sky as she finally held serve to get on the board. The world No 54 had almost been reduced to a spectator by that point but produced a spirited response to make life awkward for Osaka and provide a challenge that she will no doubt be grateful for should she face Barty next week.

Brengle, with nothing to lose, stepped up her own game as a few errors started to creep into Osaka’s. It led to the American breaking to take a 4-3 lead in the second but Osaka’s resilience from that point was arguably even more impressive than her opening-set stroll, winning 12 of the final 14 points to seal the victory in a little over an hour. When she needed to, Osaka turned it back on. 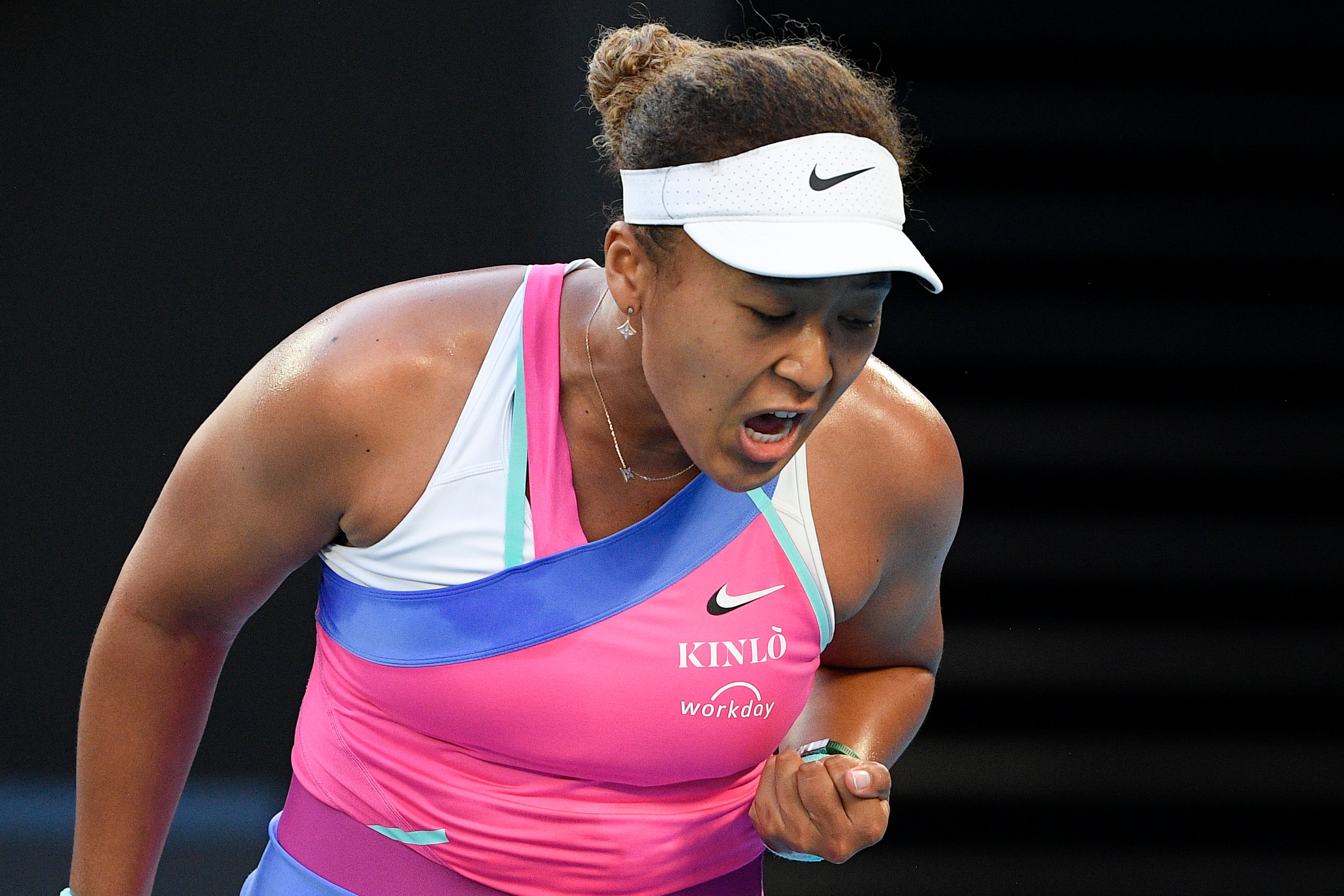 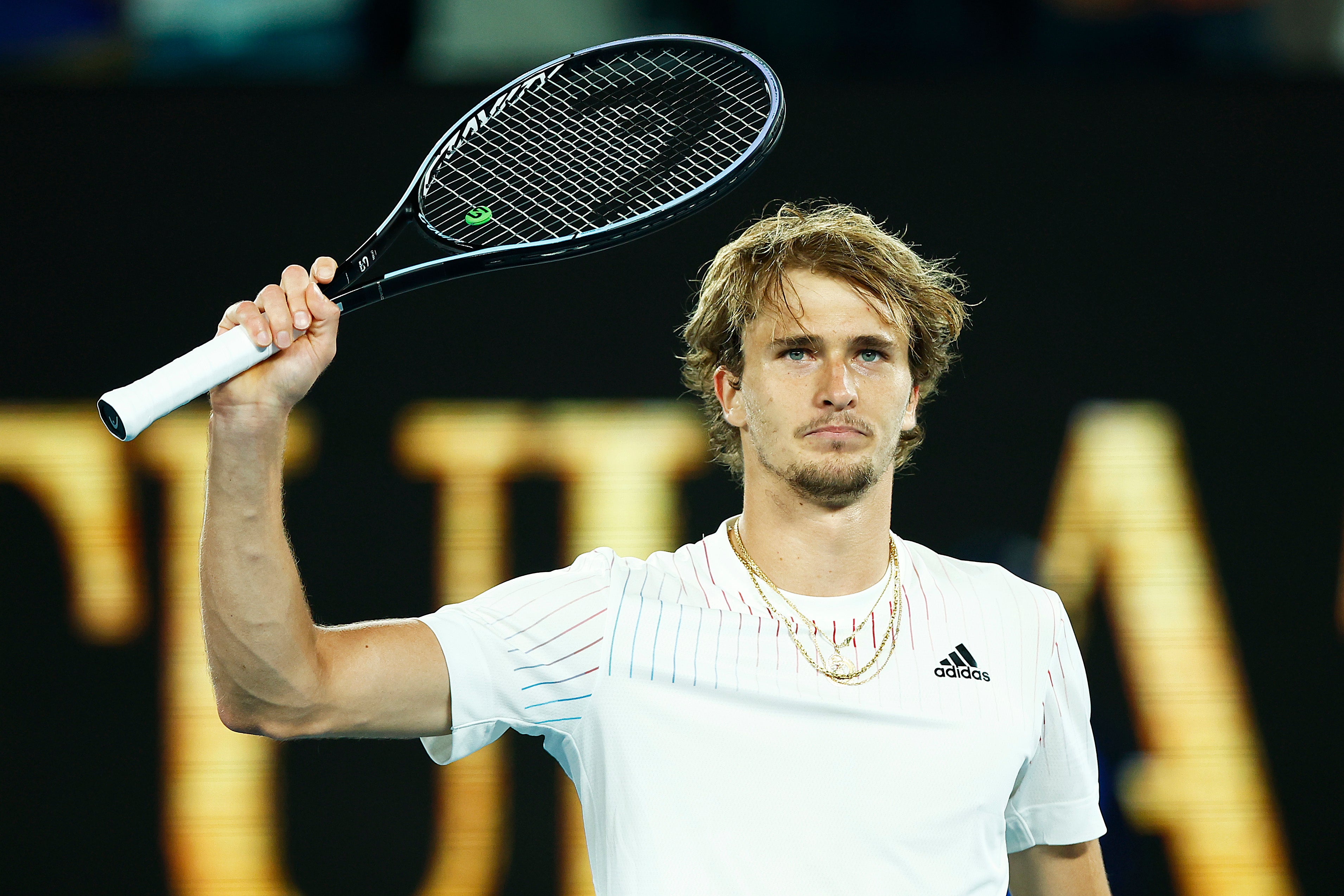 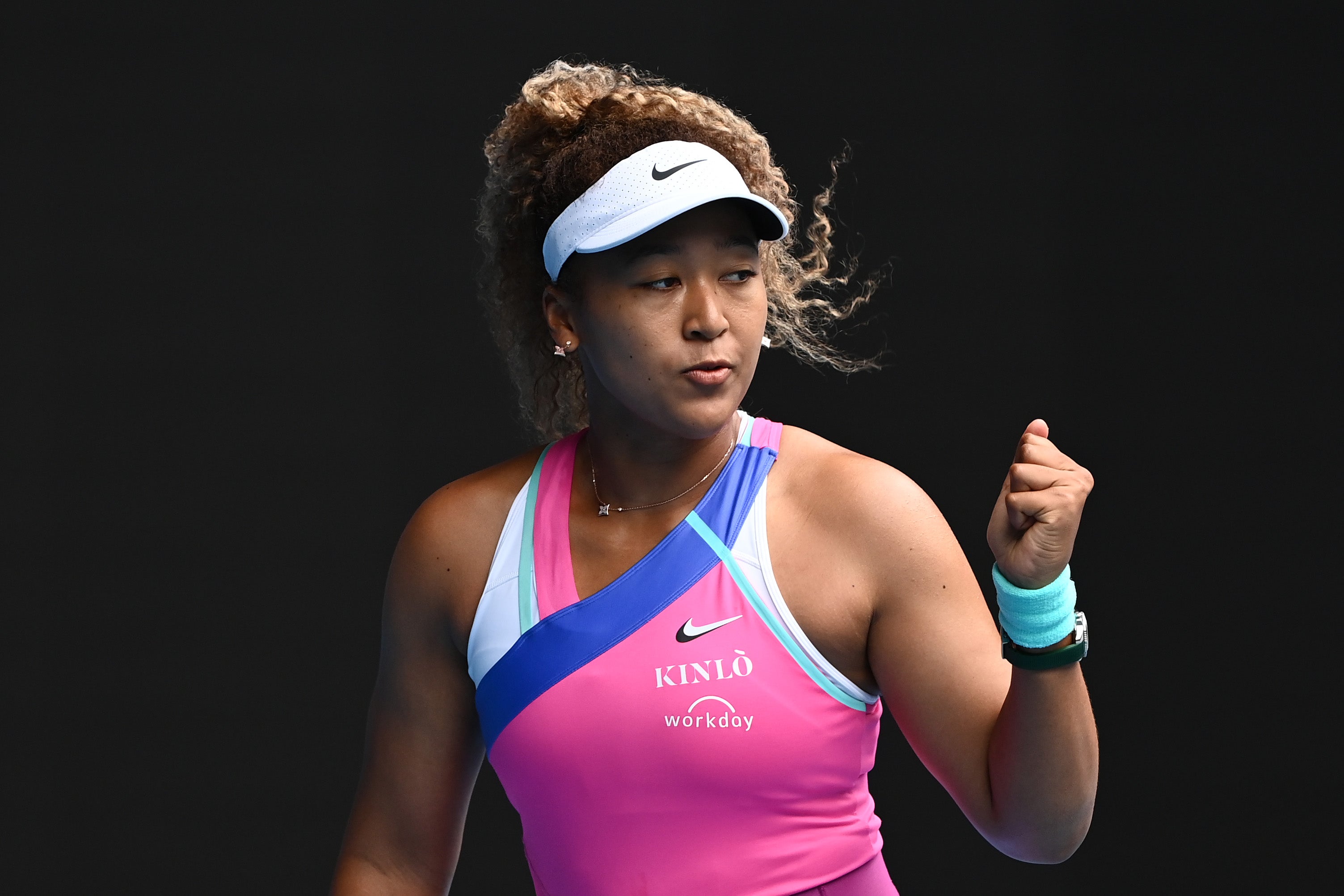 Barty, it seems, is intent on playing in one gear. The world number one is through to the third round having dropped just three games so far, after the 6-1 6-1 thrashing of Italian qualifier Lucia Bronzetti saw the Australian continue her imperious start to her home tournament. Camila Giorgi will be the next player to enter the lion’s den and face a Barty first serve that surrendered just three points in her win against Bronzetti. 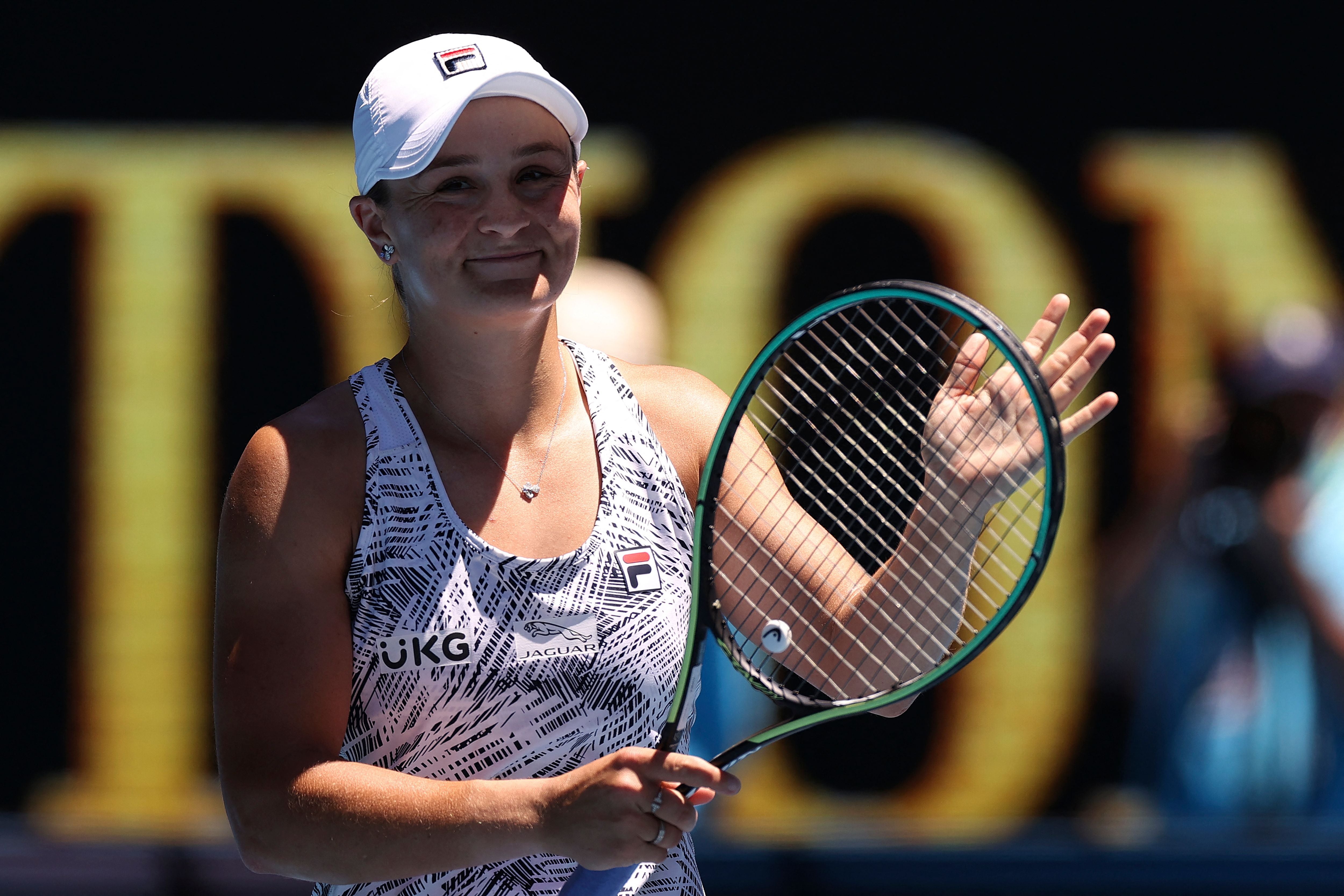 Ashleigh Barty could face Naomi Osaka in the fourth round

The Australian appears close to being untouchable on current form but the challenge of Osaka would be a true test of her credentials should she get through her own match against Amanda Anisimova. The 20-year-old American provided perhaps the biggest result of day three as she eliminated Olympic champion Belinda Bencic 6-2 7-5, while Maria Sakkari, Barbora Krejcikova, Victoria Azarenka and Elina Svitolina all secured comfortable wins.

It was largely business as usual in the men’s draw, too, as Rafael Nadal and Alexander Zverev headlined the action on Rod Laver. Nadal continued his comeback with a dominant 6-2 6-3 6-4 victory over qualifier Yannick Hanfmann, but that display was bettered by Zverev who then cruised to a 6-4 6-4 6-0 win against John Millman. Zverev relished soaking up the boos and jeers from the home crowd as they cheered on Australian Millman, who fought hard in the first two sets. There was a ruthless efficiency to Zverev’s performance, however, in what could have been the most impressive of the men’s tournament so far.

While Adrian Mannarino produced the result of the top half of the draw so far in knocking out 10th seed Hubert Hurkacz, the intrigue is provided by 18-year-old Carlos Alcaraz, who is through to the third round following his breakthrough at the US Open and now faces seventh seed Wimbledon finalist Matteo Berrettini in a fascinating match-up. Plenty will be keeping an eye on Gael Monfils, too, after the popular and in-form Frenchman stormed to a 6-1 6-0 6-4 victory over Alexander Bublik.