Nick Kyrgios admits he has a “bit more respect” for the all-time greats of tennis after his first taste of a Grand Slam singles final. Kyrgios, 27, ended an explosive fortnight at Wimbledon this month with defeat to Novak Djokovic on Centre Court, with the Serbian fighting back after losing the first set.

Despite the loss, many pundits saw the Australian’s charge to the final as evidence of him finally fulfilling his undoubted potential, having previously never got beyond the last-eight of a Slam in the individual format. That’s in stark contrast to Djokovic, whose win at SW19 represented the 21st major title title of his career.

That moved him ahead of Swiss maestro Roger Federer, who is yet to return to the court since undergoing a third bout of knee surgery last year. However, it’s Rafael Nadal who remains top of the pile, his wins at the Australian and French Opens this year taking him to 22.

His hopes of a 23rd, and keeping alive his hopes of a calendar Grand Slam, were scuppered when he was forced to withdraw from his semi-final with Kyrgios at SW19 due to injury. Regardless, the Canberra man claims his recent experience on Centre Court has given him new found appreciation for the iconic trio.

JUST IN: Boris Becker ‘may be deported from UK’ immediately after jail release 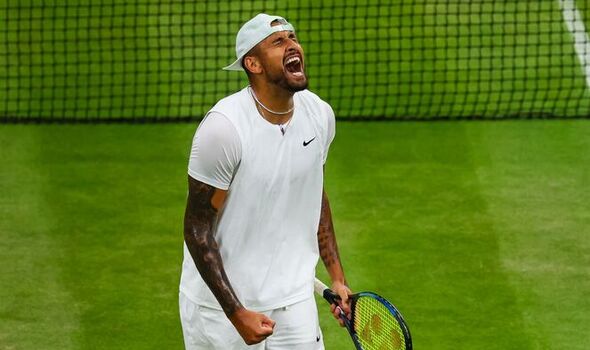 “You just have to be a mental animal to win a Grand Slam,” he said, in an interview to help promote the Citi Open in Washington, which starts on July 30. “Novak, Federer, and Nadal, I think I give them a bit more respect now.”

And he noted how composed Djokovic was, despite the occasion: “Playing one of them in the final, felt like he was fresh, felt like he wasn’t playing tennis for the last two weeks and never seemed rattled,” he added. 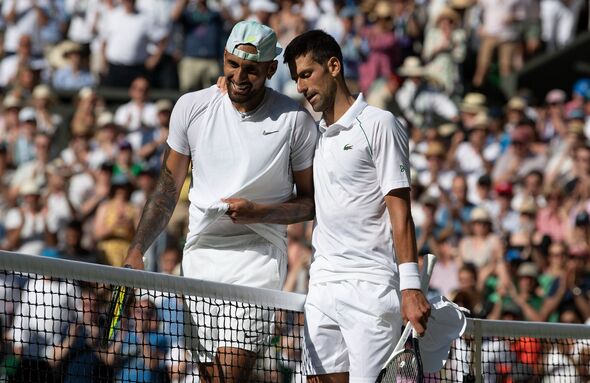 Whether Djokovic will play in the US Open at Flushing Meadows remains to be seen, with his place in jeopardy over his continued refusal to be vaccinated against Covid. With Nadal’s fitness also likely to be a factor, Kyrgios could be seen as a potential contender again.

And he says his Wimbledon form has given him extra self-belief: “I still look back and take so much confidence from it. As I said, it still hit me that I was in the final and just one hurdle away from lifting the trophy,” he said.