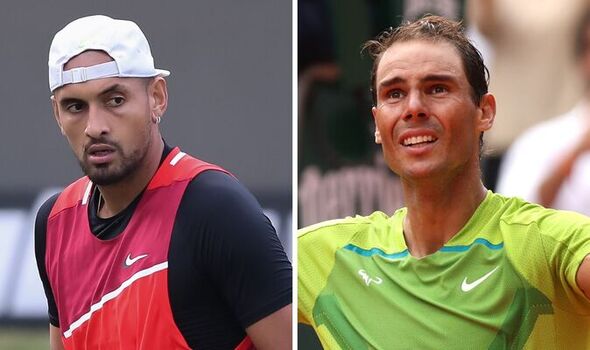 Nick Kyrgios once again enters Wimbledon as an unseeded player and many of the top seeds will be keeping a close eye on his progress. The Australian tennis ace has only ever reached the quarter-final of a major twice in his career dating back to 2012.

Despite his below-par record in majors, Kyrgios still possesses the ability to beat anybody on his day. He holds a perfect record against Novak Djokovic, winning both matches between the pair in 2017.

Rafael Nadal has faced Kyrgios more than other top-10 player and is one of a few to hold a winning record. But Kyrgios has still won three of their nine matches with the Australian seemingly picking up his game against the big players.

The 27-year-old has been dropped in the same half as Nadal in the Wimbledon draw, facing Britain’s Paul Jubb in the opening round with Filip Krajinovic likely coming next. From there, Kyrgios could realistically make the third round where a potential match against Stefanos Tsitsipas awaits before likely tests against Denis Shapovalov and Mateo Berrettini.

JUST IN: Murray told he has zero pressure at Wimbledon as first opponent named 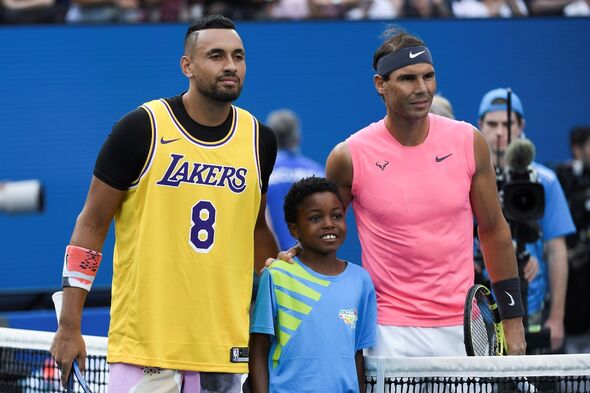 If Kyrgios advances from there, momentum may well be on his side and he’s not short of confidence heading into the tournament. When asked last month who he thought the best player in the world was, he said: “I mean, on the grass, I’d say me.”

If that confidence carries over into the first week of Wimbledon, Kyrgios may well have his sights on a deep run at the major. That could potentially see him meet Nadal in the semi-final, with the Spaniard aiming to continue his run for the Calendar Slam.

Kyrgios hasn’t beaten Nadal since their feisty match in Acapulco in 2019 with the 22-time major champion winning their last three contests. All matches between the pair have been close-fought affairs though and Nadal is still dealing with a persistent foot injury.

Kyrgios has long been touted as a future Grand Slam champion given his enormous talents. He’s often let his frustrations get the better of him on the court, but there has been a calmer approach from him this year.

If he’s able to apply himself at Wimbledon with the goal of disrupting the elite, he has every chance of causing an upset. And being the one to end Nadal’s chances of winning the Calendar Slam may also provide some added motivation.