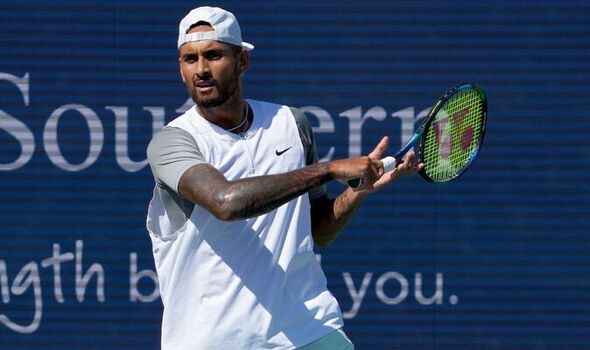 Greg Rusedski has raised fears over Nick Kyrgios’ fitness going into the US Open. The world No 28 has cemented himself as an early favourite for the final Grand Slam of the year after an impressive summer – making the Wimbledon final after back-to-back semi-finals on grass, winning his seventh singles title in Washington and reaching the quarters in Montreal last week. But there are concerns after he suffered a half-hearted 6-3 6-2 defeat to Taylor Fritz

Kyrgios has enjoyed the best season of his career so far in both singles and doubles, and was one of the in-form players ahead of the upcoming US Open. He has now sparked injury fears just 12 days before the final Major of the season after struggling with his knee as he crashed out of the Cincinnati Masters in the second round.

The big-serving Aussie threw in six double faults as he struggled against the 11th seed, complaining about flickering screens and crowd movements in multiple x-rated rants towards the umpire before admitting that he had been bound to run out of steam eventually while needing the physio to attend to his knee.

Former world No 4 Rusedski has now shared his concerns for the 27-year-old with the US Open looming, after Kyrgios suffered his earliest exit since the Australian Open where he lost to Daniil Medvedev in the second round – barring a withdrawal from June’s Mallorca Championships. “It did unravel,” he said of the Wimbledon finalist’s performance. 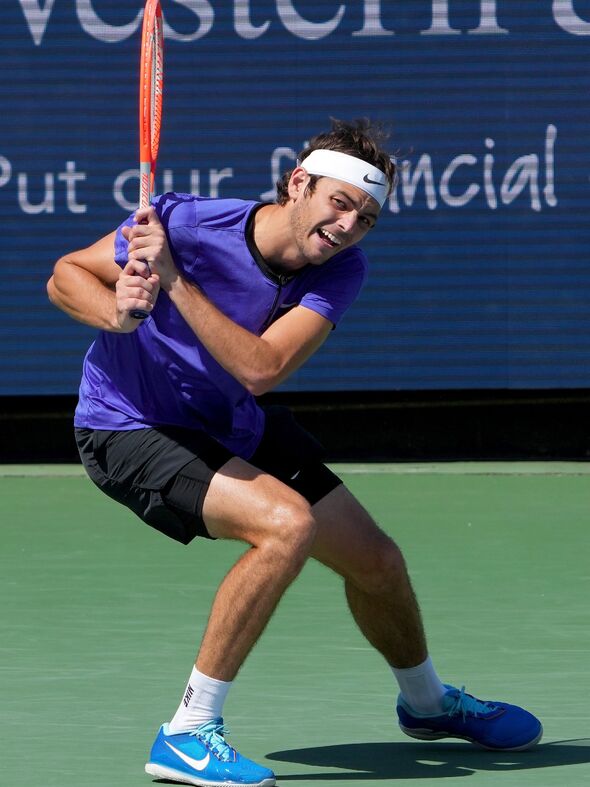 “You’re worried about the knee physically. It’s a lot easier to do on grass courts than hard courts.” Speaking on Amazon Prime, the retired pro-turned-pundit acknowledged the boos Kyrgios received at the conclusion of his match against the American.

Rusedski continued: “You can hear the boos around the stadium. They don’t feel like he gave it his best effort out there and we’re hoping the knee isn’t too serious but he’s got to show more. He’s improved out of sight but physically he’s got to get stronger.” 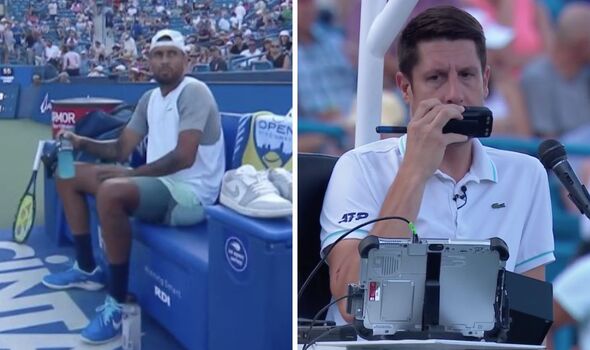 But he was quick to defend the Australian, who found himself in an exchange with umpire Renaud Lichtenstein as he complained about the tournament’s “standards” and “people f****** walking around mid-point”. He also called on the official to “do your job properly” as the umpire warned him: “Stop using the F-word or you will get a penalty every time.”

The British No 1 said: “You’ve got to give him a little bit of slack. I can understand the boos but he’s made massive leaps over the last little while. He thought he could maybe rile his opponent by going too quick but none of that worked.”