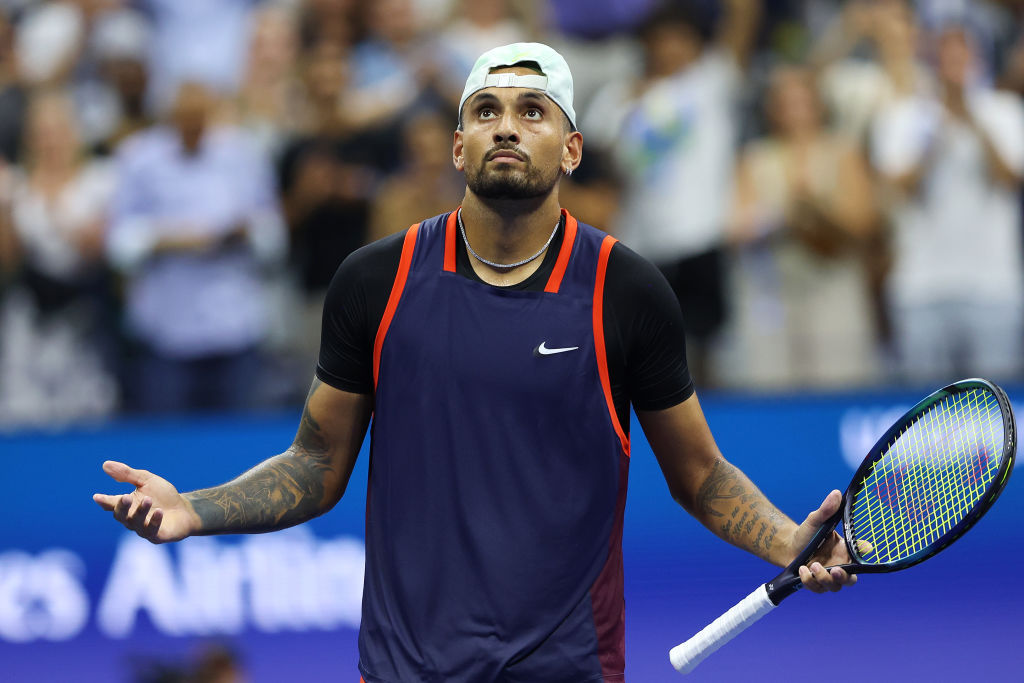 Nick Kyrgios has claimed that he will retire from tennis if he wins the 2022 US Open as his bitter rivalry with Karen Khachanov gets set to reignite.

The tennis bad boy, notorious for his antics on and off the court, produced a stunning win over top seed Daniil Medvedev in the fourth round and the men’s singles draw has now blown wide open following Rafael Nadal’s shock exit.

Nadal was defeated by American 22nd-seed Frances Tiafoe to set up a quarter-final match with Andrey Rublev, who knocked out British No.1 Cameron Norrie on Monday, while world No.25 Kyrgios faces Russia’s 27th-seed Khachanov.

The other last-eight ties will be contested between Carlos Alcaraz and Jannik Sinner while Matteo Berrettini takes on Casper Ruud – with none of the men left standing having ever won a Grand Slam – meaning Kyrgios has a real chance of emerging victorious after July’s shock run to the Wimbledon final.

‘It’s the last, biggest tournament of the year,’ Kyrgios said. ‘We’ve got to try and just tough it out and keep pushing each other, keep being positive.

‘Next week we’re going home. But three more matches potentially, then we never have to play tennis again.’

The fiery Australian’s comments should be taken with a pinch of salt, though, after he said that he not want to reach another Grand Slam final after losing the Wimbledon 2022 showpiece to Novak Djokovic.

If he is to reach his second-ever major final, in what has been a stellar year, Kyrgios will first have to overcome Khachanov in tomorrow’s mouthwatering quarter-final, which is set to be a tense affair as the duo reignite their bitter rivalry.

The pair had a nasty fallout in 2020, with Kyrgios labelling Khachanov an ‘absolute pelican’ after they disagreed on some of the actions made by tennis players during the coronavirus pandemic.

‘I don’t have any problem with you. But once you are sitting at home and writing different comments about players that makes me think who has the real problem,’ Khachanov told Kyrgios.

‘I’d love to have an intellectual conversation with you but I’m not sure it would go further than how hard you could hit a ball. I’ve simply been holding people accountable.’

Khachanov added: ‘Next time before talking about my intellect read at least a few books, instead of playing video games whole day long.’

But Kyrgios hit back, saying: ‘I’ve also been feeding the hungry, helping open up new facilities for kids to get active. But way to do your research you absolute pelican.’

Kyrgios is due to face Khachanov around 1.15am UK time on Wednesday at Arthur Ashe Stadium.

Meanwhile, the Wimbledon runner-up is ‘set to earn millions’ from his upcoming Netflix documentary, according to reports.