Nick Kyrgios has claimed he can beat anyone at Wimbledon as the Aussie prepares to play the “villain-type role” in his first round against Paul Jubb. The world No.45 shot to fame by beating world No.1 Rafa Nadal here in 2014 on his way to the quarter-finals on his debut.

Kyrgios, now 27, has never got past the last eight at a Slam and arrives at the All England Club after skipping the French Open and the whole claycourt season. He pulled out in Mallorca last week with an abdominal strain but insisted: “I’ve played a lot of matches. Had some great results. Beaten some really good players. I’m just happy where my level’s at.

“I know where my game’s at. I know if I’m feeling confident, I’m playing well, I’m able to just light it up kind of whenever I want. Do I feel I can beat anybody in the draw on my day? Yeah. Good sleep, good rest. I think that’s one. Make sure your body’s in good nick.

“For me, I just know if I’m serving well and I’m playing well, I can beat anyone. I have pretty much beaten everyone in the draw before. It’s hard. It’s like not many people have gotten over the hump of winning a slam. I’m one of the people that has to deal with that every week. Like, Oh, he’s probably one of the biggest wastes of talent. He should be winning a slam. 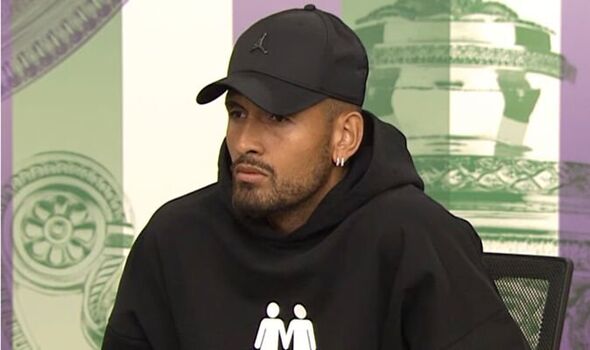 “Not many people have actually gotten over that hump in singles. It’s obviously something I want to get over, and hopefully one day. I know from a confidence standpoint, I’m never low on that. I think I need to focus on the earlier rounds, make sure I get it done as quick as possible. I’m not even thinking about winning it or anything at the moment. I got another couple days to just practice and feel good, then we’ll see what happens.”

Kyrgios faces British wildcard and world No.228 Jubb on Tuesday. “I feel like I can put myself in his shoes very well,” said the Aussie. “I was once that kid that got a wild card at the Australian Open. It felt really good just to be around, soak it all in, the media, the fans, everything, the hype. I know how he’s going to be feeling. He’s going to go out there and he’s going to just play freely, nothing to lose.

“Being in that position, I loved it. I was an underdog every time I walked out there. I had no pressure. So I know it’s going to be a dangerous match. It’s not always easy to be the favorite, just sweep aside someone. Never. I’ve had matches like that and it hasn’t gone well.

“I know I just got to ride the waves emotionally out there because the crowd is obviously going to be behind the local. I’m used to wearing that kind of black hat, the villain-type role. I’m going to embrace it. I’m just going to go out there and play the game.

If you look at the results I’ve had the last couple weeks, if I just stick to my guns, the results say I should win pretty easy. I know it’s not going to be the case. I’ve got to be pretty focused.” Kyrgios wore a black Balenciaga top supporting gay pride in his pre-tournament press conference yesterday. Asked about the requirement to wear white clothing at Wimbledon, he smiled: “I always want to wear all black, obviously (smiling). But, you know, I don’t think it’s something that’s going to change. I don’t know. I think it would be cool to allow, like, a black headband or black sweatband. I think it would look cool. Obviously Wimbledon doesn’t really care what looks cool. I don’t think it will ever change.”

Kyrgios lost to his friend Andy Murray in the semi-finals of Stuttgart earlier this month and said: “I think he’s one of the most dangerous players on grass still. I definitely think the way he can handle speed, return, compete, slice, volley, as long as his body is feeling well, I don’t want to see him on the grass at all.

“I’m playing unbelievable tennis at the moment. That first set was as good a level as anyone can produce on the grass. I know what he’s capable of. Yeah, I hope he’s feeling good because he’s obviously able to do damage on the grass. Are we still close? He beat me in Stuttgart, then he sent me a message of us on the roller coaster. I think that means we’re pretty close.” 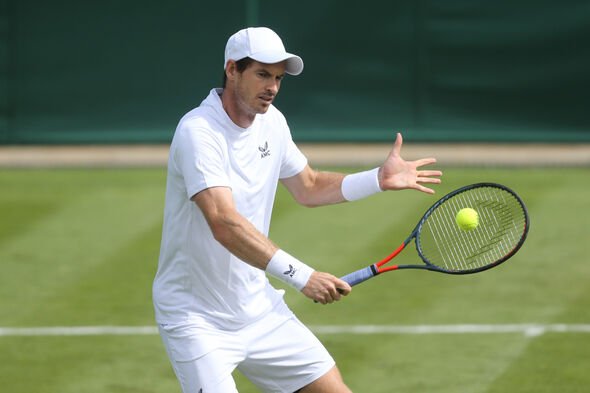 I’m excited, but I’m also dreading the fact that if it’s one set all, I’m going to have to be playing three more sets of doubles. So I don’t know. That’s why I haven’t played it before. It doesn’t make sense.

I’ve always gone pretty well here in singles, so I’m not going to on my off day play potentially five sets of doubles.”