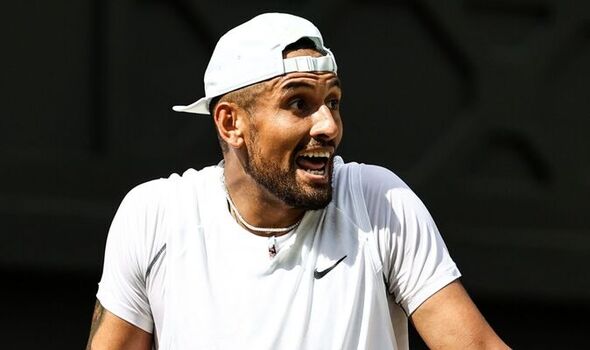 Nick Kyrgios accepts that he must sharpen up his composure in order to become a Grand Slam champion but the Aussie believes it’s an area the entire Wimbledon draw can also improve. The 27-year-old started strongly in Sunday’s final but failed to fend off the relentless Novak Djokovic, who reigned supreme with a 4-6 6-3 6-4 7-6 (7-3) victory in a thrilling encounter on Centre Court.

Yet despite the heartbreak of defeat, there were plenty of positives for Kyrgios after an unforgettable tournament that saw him dominate the headlines.

However, his fiery temperament – which sees him widely recognised as one of the tour’s most box-office attractions – undeniably halted his momentum in Sunday’s final.

Kyrgios was engulfed in several confrontations with both the umpire and his own team, something that worked in the favour of a merciless Djokovic.

And when quizzed on whether his composure is an area that needs work, Kyrgios delivered a vintage response… 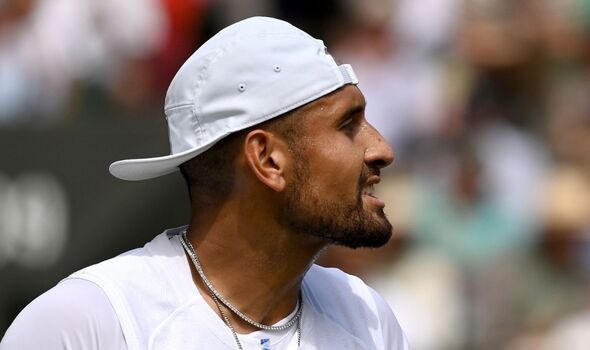 “I think the other 126 players in the draw could improve their composure,” he said.

“But at times out there, obviously I was getting angry a bit because I just looked at it as you win this tournament, you become the tennis immortal I feel. It was just an opportunity for me that people work their entire life for.

“I put myself in a position to win the first set. Things started to get rocky a bit. He was just solid. Then I win that fourth set and who knows.

“I mean, yeah, I can obviously improve many things in my game, not just composure. My forehand return needs to improve. I’ve been working on that a lot. Can always get stronger. Can always get fitter.

“I feel like that was a bit of a dig, but I feel like everyone in the draw can improve something.”

Despite Kyrgios’ nerveless start, he became increasingly irritated in the scoring heat as the match began to get away from him.

This was the first time an Australian had featured in a Grand Slam final since Lleyton Hewitt reached the Australian Open final in 2005.

But in the end, the underdog conceded that there was a gulf in class between him and his opponent, who he later labelled a “god”.

Djokovic has now won seven titles at SW19 – only Roger Federer has more in his trophy cabinet.

Furthermore, Djokovic has now moved within touching distance of Rafael Nadal’s Grand Slam titles record (22) as he continues to elevate his status among the sport’s best players of all time.

“He’s a bit of a god, I’m not going to lie. I thought I played well,” Kyrgios said as he congratulated his opposite number.

This was the first major title of the year for Djokovic, who was deported from Australia in January before losing to Nadal in the French Open quarter-finals in May.