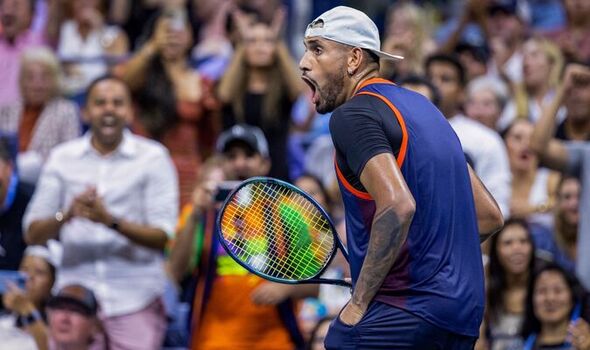 Nick Kyrgios ended Daniil Medvedev’s US Open title defence as he won their blockbuster fourth-round clash 7-6(11) 3-6 6-3 6-2 to advance to the quarter-finals in Flushing Meadows for the first time. It was their second meeting in under a month and the Aussie went two for two as he picked up yet another career victory over the world No 1 in an entertaining clash that saw outbursts from both players, proving that he is well and truly a contender for the title.

Kyrgios and Medvedev took to Arthur Ashe Stadium for a prime time Saturday night showdown in the most highly-anticipated fourth round of the tournament. Both men were big title contenders coming into the match, while the Aussie was bidding to defeat the world No 1 for the second time in less than a month after winning their clash in Montreal and made a quick start as he broke for a 4-2 lead in the first set.

The 23rd seed gestured to the crowd as he whipped them up to cheer him on, and he was almost immediately mocked by Medvedev who copied his opponent’s celebration when he immediately broke back in an impressive return game. The pair continued to hold on, with the recent Wimbledon finalist ranting to the chair umpire as he found himself running down the shot clock while serving at 5-5.

“I come back from the box and there’s six seconds left. I’ve never had a problem with it at this tournament apart from with you,” he raged at Eva Asderaki-Moore, going on to hold serve. The first set went to a tiebreak with Kyrgios racing to a 5-3 lead before finding himself set point down at 6-5 but he kept himself in it as the pair traded mini-breaks, with Medvedev blowing two more set points.

JUST IN: US Open star threatens to ‘come after’ Rafael Nadal in warning 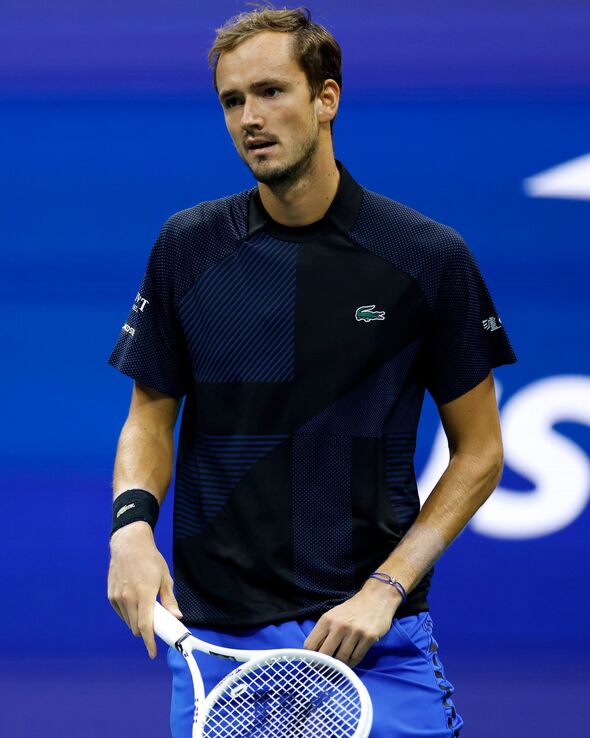 It was the Australian who finally managed to close out the opening set after more than an hour, taking it on his fourth set point for a 7-6(11) lead before he left the court to change his clothes while the Russian appeared to take issue with someone in the Kyrgios player box and threatened to stop playing if they weren’t removed. The issue didn’t faze the world No 1 though, as he stole the momentum from his opponent and raced to a 3-0 lead in the second set.

The defending champion broke again to serve for the second set at 5-1 as he raised his level while the Aussie’s dropped but Kyrgios retrieved one break, forcing Medvedev to serve it out again as the top seed took it 6-3 on set point number two. There was another momentum swing to start the third as Kyrgios came out firing but lost the chance to earn a break point at 1-1 as he crossed the net and took the ball out of the air for what looked like a “winner”.

Medvedev’s ball had been set to bounce out but the world No 25 lost the point by crossing the net – a move illegal in tennis before the ball has landed in your half. But Kyrgios more than made up for it as he won five straight points to break the reigning champion from 0-40, taking a 3-1 lead. He closed out the third set with an impressive 16 winners to six unforced errors and continued to make headway in set number four. 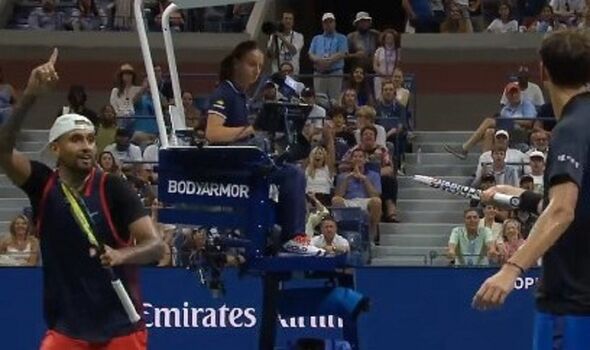 From 0-1, the 27-year-old reeled off five straight games, taking a double break lead to put himself within touching distance of the last eight. Medvedev finally stopped his run and held for 2-5 but it was too late for last year’s champion, whose attempt at defending his title came to an end as Kyrgios closed out a 7-6(11) 3-6 6-3 6-2 victory in two hours and 53 minutes, sealing it with an ace.

He will now take on 27th seed Karen Khachanov, who needed five sets to down recent Montreal Masters champion Pablo Carreno Busta earlier on Sunday. The pair have faced off twice before and split victories, with the Russian winning their first meeting in Cincinnati three years ago before the 27-year-old won their 2020 Australian Open clash.

Not only has Kyrgios reached his maiden US Open quarter-final with his win over Medvedev, but he has also made back-to-back quarter-finals at Majors for the first time. Kyrgios made it all the way to the final at Wimbledon earlier this summer – his maiden Grand Slam singles final. He came into New York as a contender for the title given his run at SW19 coupled with his North American hard court run, which saw him lift the Citi Open title amid a ten-match winning streak.