While most of the French Open field enjoyed a hit and giggle at kids’ day in Paris yesterday, Cam Norrie was 300 miles to the south putting in more serious preparation.

The British No. 1 won the Lyon Open today for his fourth career title and will come into Roland Garros, if not as well rested as his rivals, backed by form and confidence.

He beat Slovakia’s Alex Molcan – who is coached by Novak Djokovic’s former mentor Marian Vajda – 6-3, 6-7, 6-1 to give lift off to his clay court season. 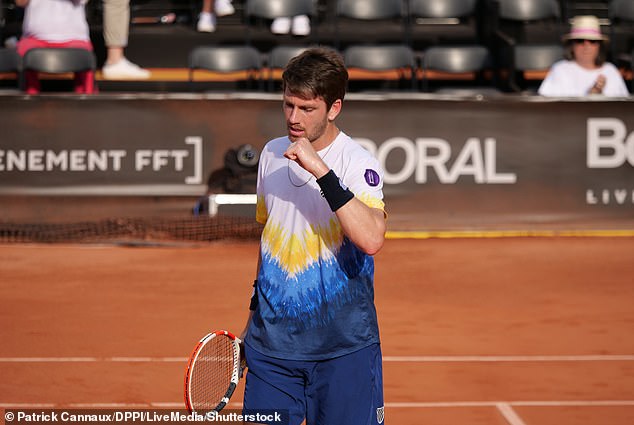 ‘It’s my first title on clay. I couldn’t be happier with how I have played this week. This one feels the best so far,’ said Norrie.

‘This has been the story all week – I had chances to close the matches out in straight sets and get it done easy, it didn’t go my way, but then I let that go and I was able to respond.’

The 26-year-old lefthander’s ultra-consistent groundstrokes and priceless ability to chisel out close matches make him well suited to clay-court tennis and should give him a fair chance of making a deep run here in Paris.

His first-round match against French wildcard Manuel Guinard is part of a five-card trick of decent opening draws for the British contingent which should deliver a few wins in the first week. 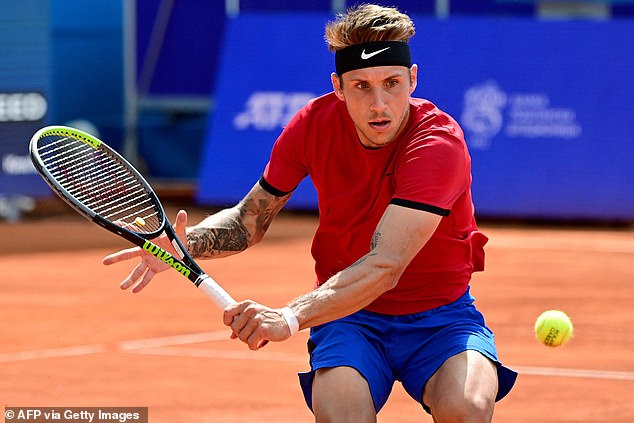 Alex Molcan, 24, is coached by the former mentor of world number one Novak Djokovic

Emma Raducanu will begin her first Roland Garros adventure against Czech qualifier Linda Noskova; it’s a good draw, but the US Open champion will know better than anyone how dangerous an in-form qualifier can be.

Dan Evans has perhaps the most difficult opening test against Argentine Francisco Cerundolo, who was a shock semi-finalist in Miami in March.