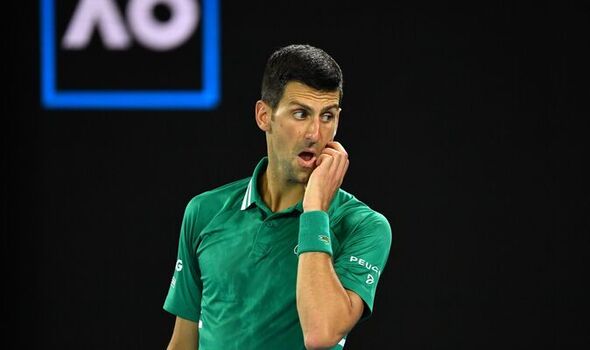 Novak Djokovic’s visa debacle at this year’s Australian Open has been compared to a “circus” as the nine-time champion Down Under finds himself in a similar situation once again ahead of the 2023 edition of the tournament. After Djokovic was deported at the start of the year, he received an automatic ban from returning to the country before 2025 and is now waiting to learn whether this can be lifted in time for January’s season-opening Grand Slam.

Djokovic was at the centre of a scandal earlier this year when he arrived in Melbourne unvaccinated, with a medical exemption provided by Tennis Australia. He had his visa revoked and was kept in a government detention hotel before successfully appealing.

But his time in Australia didn’t last long as the then-Immigration Minister used his personal powers to cancel the Serb’s visa for a second time, with Djokovic failing in his second appeal and getting deported on the eve of the Australian Open. He received an automatic three-year ban from returning to the country as a result, and is now hoping the authorities will remove it so he can compete in January.

As Djokovic waits to learn his fate, fellow pro Christopher Eubanks has compared the 35-year-old’s ordeal to a “circus”, though has belief that the nine-time Australian Open champion will be back in action come January. “I hope Novak is able to play this Australian Open,” the world No 137 told Tennis Channel.

JUST IN: Andy Murray shares 2023 goals as he confesses he almost ‘quit tennis’

“I mean the entire situation was a bit of a circus at times but I really don’t attribute too much of that to Novak Djokovic.” But the 26-year-old was quick to defend Djokovic and placed the blame elsewhere, with the world No 7 coming to the country under the belief that he was allowed to do so.

But the American pro does believe the authorities will come to a compromise this time around as he claimed he believed Djokovic would be allowed to return for January’s Aussie Open just days after the Serb said he had received some early positive signs through his legal team, who were in communication with those making the decisions.

“We know the rule that if you’re deported, you cannot get a visa for three years. We understand all that. However, I do believe that Novak will be able to play,” Eubanks said. “I hope that he is able to play. I hope that they are able to come to some type of compromise that will allow him to compete because by his own definition, he tried to follow the rules that were put before him and it just was a very unfortunate incident how it all went down.”