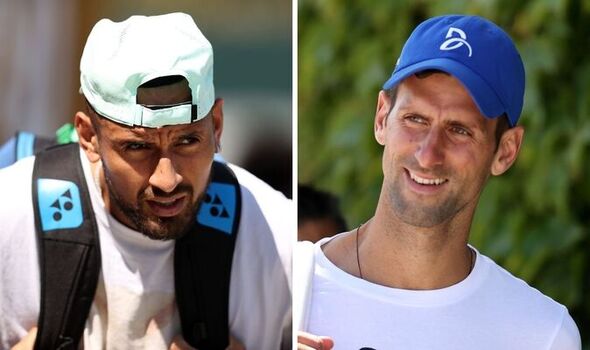 Novak Djokovic has confirmed that he sent a private message to Nick Kyrgios through social media after the Australian’s impressive win over Stefanos Tsitsipas at Wimbledon last week. Kyrgios and Djokovic go head-to-head in a hotly-anticipated Wimbledon final on Sunday.

The pair had previously held a fiery relationship on tour, but their friendship has since improved in recent months. That development of their friendship came after Kyrgios was one of just a few players to speak out in support of Djokovic as he faced deportation from Melbourne at the Australian Open.

They now face off for the first time since 2017 with Kyrgios winning both previous matches between the pair. Speaking on Friday, Kyrgios admitted that he received a message on Instagram from Djokovic earlier in the tournament that hopefully the pair would meet in Sunday’s final.

And Djokovic has now confirmed that message was sent in the aftermatch of Kyrgios’ win over Tsitsipas last week. “I told him ‘see you on Sunday in the final’,” Djokovic said. 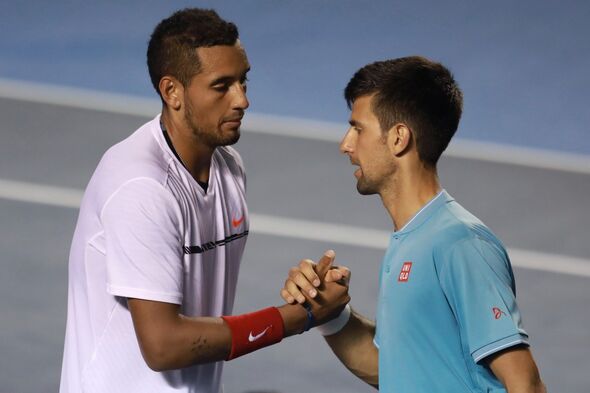 “I told him that after the third round when he got Tsitsipas, I was watching that match and I thought it was going to end.”

Kyrgios holds an impressive record against top-10 players in his career despite never being ranked higher than 13th himself. And Djokovic admits that Kyrgios’ style of play makes it difficult to prepare for ahead of Sunday’s final.

“It’s somewhat more uncomfortable to scout such a player,” he said. “We played five years ago. I lost both matches and then we played week after week, then I didn’t really play the tennis of my life.

“Of the four sets, three went to a tiebreak. He is a very difficult player for everyone, he is talented, he has a lot of power in the serve and forehand. His backhand is straight and he doesn’t make many mistakes, he moves well, especially on grass for his height,.

“He has that nonchalant and self-confident attitude, he believes in winning against anyone, he recorded his biggest victories against us from the top. He is such a player, he is authentic and chooses to play what he wants.

“When I look at him as a tennis fan, to distinguish myself from the role of his rival, I am glad that he is realizing his potential. For almost ten years, he failed to reach the final stages, although we all know what he is capable of and how much he can do.

“I am looking forward to the big challenge and it will be the biggest so far in the tournament.”