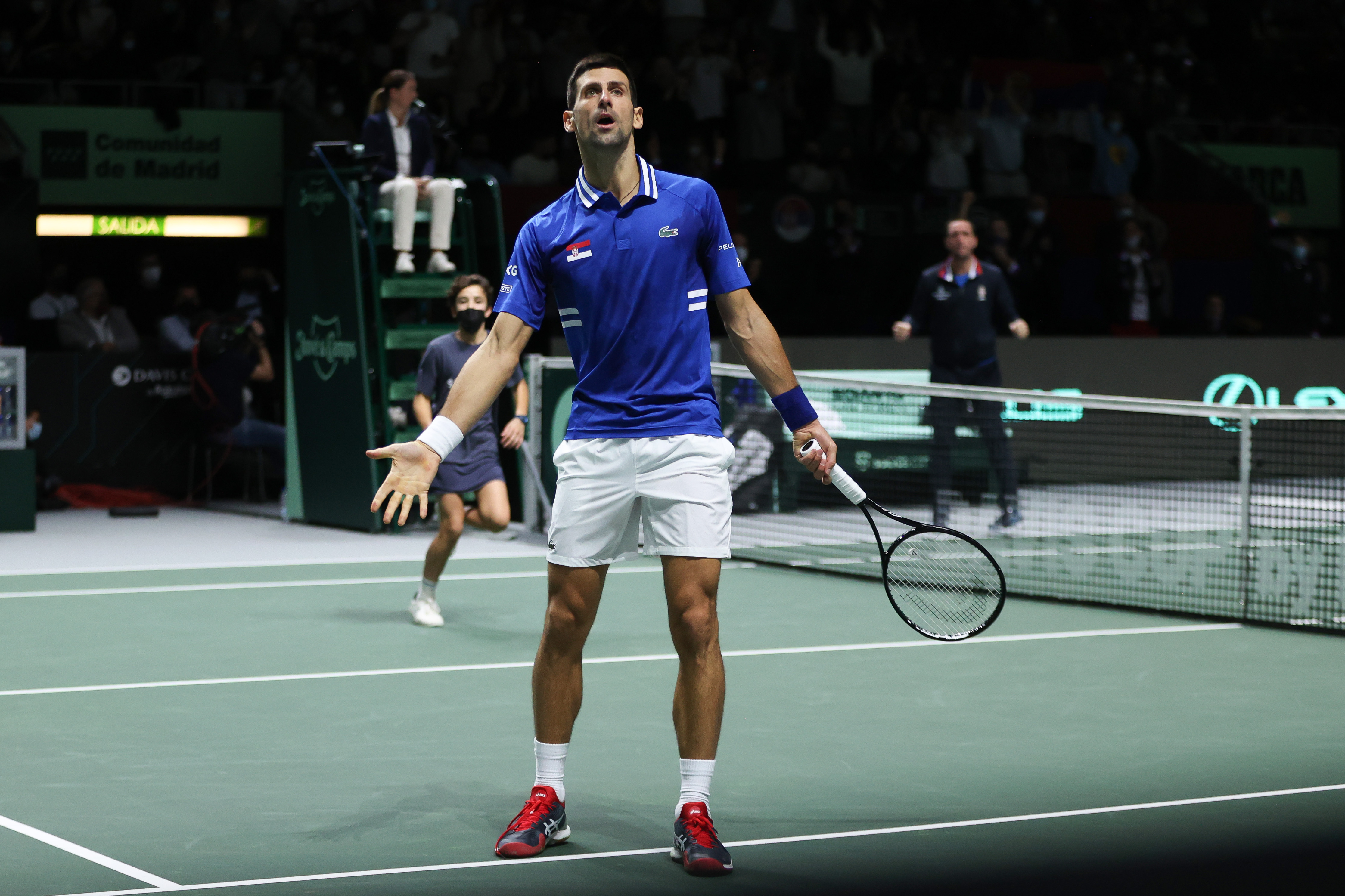 Novak Djokovic could be sent to prison for three years after admitting he broke Covid-19 isolation rules while infected.

The world No.1 is currently awaiting a final decision from Australia’s Immigration Minister as to whether his visa will be cancelled again and he be banned from playing at next week’s Australian Open.

Djokovic, who is aiming to compete under a medical exemption and is not vaccinated, is facing fresh scrutiny after coming clean about knowingly flouting isolation measures while infected.

According to Serbian law that rule break is punishable by up to three years behind bars.

Article 248 of the Criminal Code under Serbian Law states: ‘Whoever during an epidemic of a dangerous contagious disease fails to act pursuant to regulations, decisions or orders setting forth measures for its suppression or prevention, shall be punished by a fine or imprisonment of up to three years.’

The nine-time Australian Open champion took to Instagram on Wednesday to explain his rule break after testing positive on December 16 in his homeland only to be seen maskless at an event days later.

‘I want to emphasise that I have tried very hard to ensure the safety of everyone and my compliance with testing obligations,’ Djokovic wrote on Instagram.

“I attended a basketball game in Belgrade on December 14 after which it was reported that a number of people tested positive with Covid-19.

‘Despite having no Covid symptoms, I took a rapid antigen test on December 16 which was negative, and out of an abundance of caution, also took an official and approved PCR test on that same day.

‘The next day I attended a tennis event in Belgrade to present awards to children and took a rapid antigen test before going to the event, and it was negative.

‘I was asymptomatic and felt good, and I had not received the notification of a positive PCR test result until after that event.

‘The next day, on 18 December I was at my tennis centre in Belgrade to fulfil a long-standing commitment for a L’Equipe interview and photoshoot. I cancelled all other events except for the L’Equipe interview.

‘I felt obliged to go ahead and conduct the L’Equipe interview as I didn’t want to let the journalist down, but did ensure I socially distanced and wore a mask except when my photograph was being taken.

‘While I went home after the interview to isolate for the required period, on reflection, this was an error of judgement and I accept that I should have rescheduled this commitment.’

Djokovic will be aiming to win a record 21st career Grand Slam when the tournament kicks off on Monday, January 17 while Immigration Minister Alex Hawke is expected to deliver his verdict on Thursday or Friday.