Novak Djokovic hopes the French Open’s cooler conditions and the impact it has on the Grand Slam’s clay courts will favour him in his battle with Rafael Nadal this afternoon. The two go head-to-head in the Roland Garros showpiece on Court Philippe-Chatrier at 2pm UK time.

The Serbian is looking to deny Nadal the honour of joining Roger Federer on 20 Grand Slams by clinching his own 18th major.

He boasts a 29-26 win record against second seed Nadal but has only ever won one of their seven showdowns on the iconic red dirt in Paris, where his opponent is a record 12-time champion.

Nadal boasts 17 wins to Djokovic’s seven in their head-to-head matches on clay, a surface on which the Spaniard is near indestructible.

Victory here this afternoon would be Nadal’s 100th at the French Open and only one man has ever previously clinched a century of wins at one Grand Slam, Federer at Wimbledon. 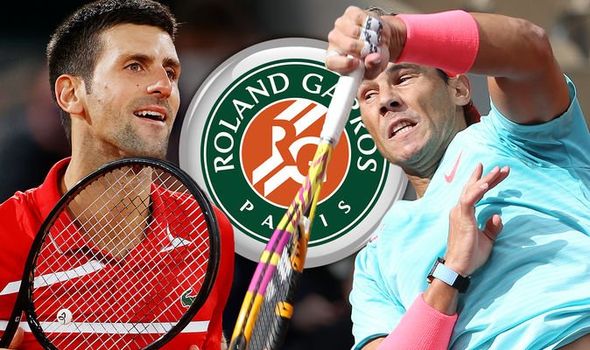 Yet Djokovic is looking to reproduce the performance he managed against the ‘King of Clay’ at this same event back in 2015.

Though he went on to lose to Stan Wawrinka in the final that year, Djokovic was a masterful straights-set winner over Nadal in the quarter-finals.

A controlled and aggressive performance from the world No 1 – who topped the world rankings both then and now – was aided by the fact Nadal was not fully fit but Djokovic was the deserving winner.

And the 33-year-old is looking to repeat that display, insisting he will be looking to take tips from his own performance, reviewing the footage to see what he can take from it to use against his long-time rival today. 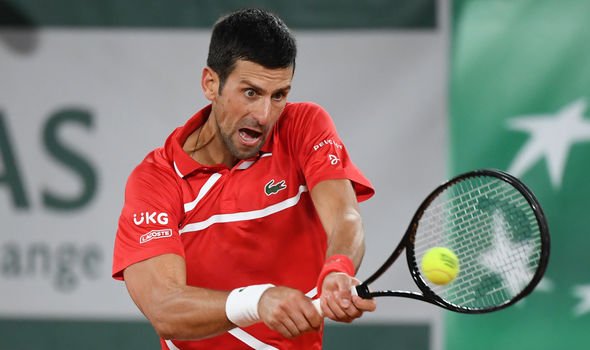 Djokovic said ahead of the clash: “Obviously the conditions are different than the ones that we are used to playing in May and June.

“I think that could be a better chance for me, obviously the ball not bouncing as high over the shoulder as he likes it usually.

“I did lose to him on this court most of the matches that we played, but I also won one match in 2015 in straight sets in quarters.

“That’s the match that I’ll look back at and obviously try to take some positives out of it and use it tactically against him.”

He added: “I hopefully will be able to play my best tennis, because that’s what’s going to be needed in order to have a shot at the trophy.

“This is what it comes down to. I’ve been there; I’ve done it. I understand what needs to be done and how I need to prepare myself. I’m looking forward to it.”

“Obviously he was thinking a little bit about the US Open to me because his opponent was the same guy when he got defaulted, that was a little bit in his head,” McEnroe said on Eurosport.

“We’ve talked throughout the tournament about how cold it is there, so that’s an issue. You could see that it appeared to be bothering him, the arm, his neck.

“The other part of it is the pressure. He’s trying to catch Rafa and Roger so he’s obviously put a lot of pressure on himself. To me, the outcome was never in doubt unless he literally stopped playing. 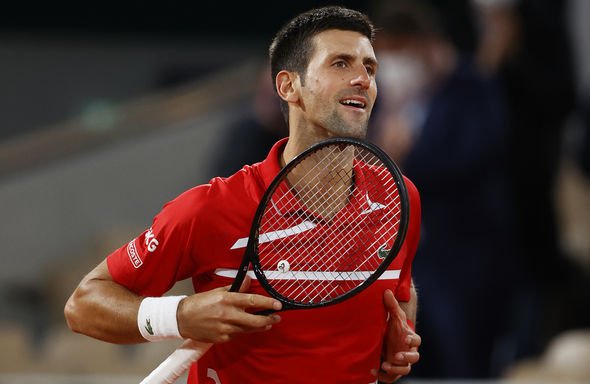 “We’ve seen these shenanigans a bit before from Novak, there was a period of time for a year and a half or two years where he sort of went off the rails and had issues mentally and physically.

“But now when I see it, I think he can overcome it like he did today. These conditions are rough and they’re playing best of five sets. You’re going to have aches and pains.

“There’s no two ways about it, there’s no way you can say that isn’t going to happen.

“More importantly to me is not that he had a stiff neck but that he got through it, he’s going for a Slam and if he goes and plays Rafa in the final, which is what most people think will happen, these conditions are absolutely perfect for him to play Rafa.”