Novak Djokovic may miss out on a chance to compete at the US Open, but his army of fans are hoping they can change that. The 20-time Grand Slam champion’s loyal supporters have launched an online petition titled ‘allow Djokovic to play in US Open 2022’. At the time of writing, over 5500 people have signed it.

Fan Padma Rajan, who started the petition, outlined why Djokovic should be allowed to compete at Flushing Meadows this year. “There is absolutely no reason at this stage of the pandemic to not allow Djokovic to play at the US Open 2022,” he wrote.

“US Government and USTA must work together to allow him to play. If unvaccinated American players can play, Djokovic as one of the legends of the game, must be allowed to play. MAKE IT HAPPEN, USTA.” The Serbian remains unjabbed and the US currently have no plans to relax their Covid-19 rules which requires travellers to have had the vaccine.

US immigration recently dropped the requirement for all incoming passengers to return a negative Covid test before boarding an aeroplane, but maintained the need for proof of vaccination to be presented on arrival. “There are no plans to relax American immigration rules that require incoming travellers to have undergone vaccination for Covid,” the UK’s Telegraph reported last week. 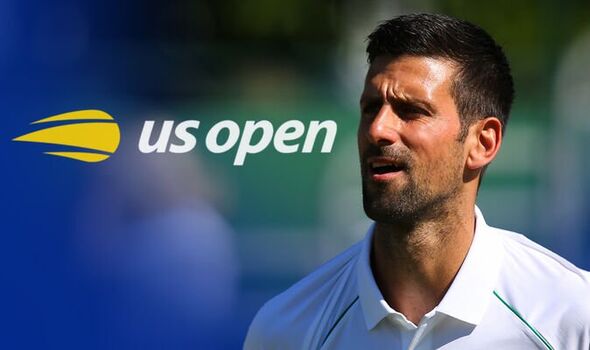 The tennis legend missed the Masters 1000 events in Indian Wells and Miami earlier this year and was deported from Australia due to his unvaccinated status. Tennis journalist Christopher Clarey tweeted last week that US Open officials would not be seeking an exemption so Djokovic can play at Flushing Meadows.

He is set to compete at Wimbledon next week however, an event where he has not suffered defeat since 2017. The draw has placed Djokovic and Rafael Nadal as the top two seeds, meaning they cannot meet until the final.

However, Djokovic’s ranking could drop as low as number eight after Wimbledon, due to the ATP’s decision to strip the tournament of rankings points. The controversial move came in response to Wimbledon’s ban on Russian and Belarusian players. 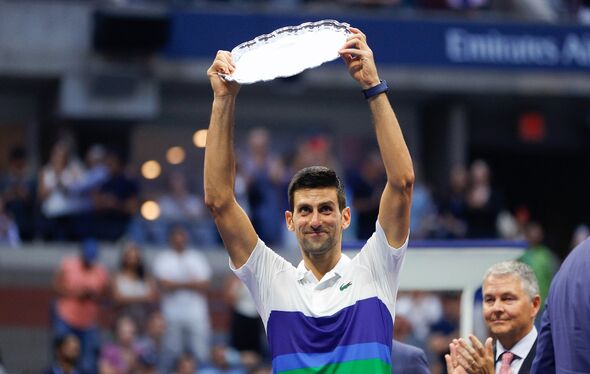 This means defending champion Djokovic will lose 2,000 points even if he wins the title for a seventh time. That seems to be the least of his worries at the moment as the tennis legend continued his preparations for Wimbledon with a comprehensive 6-2, 6-1 win over Felix Auger-Aliassime at the Giorgio Armani Tennis Classic at the Hurlingham Club yesterday.

The Canadian said: “He was a lot better than me for sure. It was a difficult day on the court. He was on it. He was playing well. I was struggling with my serve quite a lot. Novak I felt like he was striking the ball well and returning the ball well from the first game.”