Novak Djokovic revealed he shares a WhatsApp group with his fellow tennis icons Roger Federer, Rafael Nadal and Andy Murray. It is the first time the four – who have won all but seven of the 78 Grand Slams contested since 2010 – have played together since the 2019 Australian Open.

This weekend will also mark the one and only time the ‘Big Four’ will be on the same team as they represent Team Europe at the Laver Cup. The Serbian, 35, enjoys being part of the unique team event and explained how it differs from the usual tour events, in addition to what keeps his rivals together off court.

“It’s great we will have a chance to spend some quality time off the court together,” former world No. 1 Djokovic told Eurosport. “We have team dinners and will chat about tennis, sports, life. We don’t normally do that on tour, we have our own teams and families, so this is quite unique.

“We all want to win and perform well but at the same time because of Roger’s farewell and the opportunity to be alongside some of my greatest rivals in my career you also want to share some good times off the court too. The WhatsApp group is what keeps us together.” This year’s Laver Cup is extra special due as it will mark Federer’s last ever professional event. 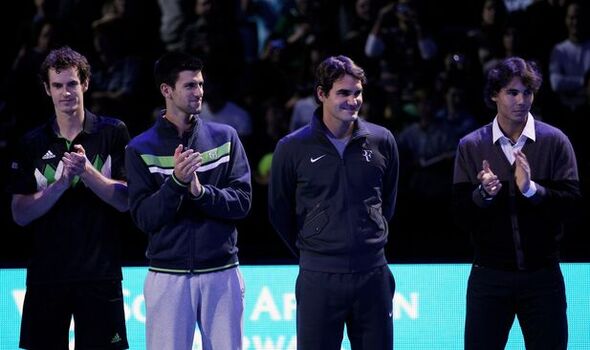 He will bow out of the sport after contesting one doubles match on Friday night, and hoped rival and friend Nadal would be his partner. “Of course, I’d love to play with Rafa,” said Federer.

“We’ll see if it’s going to happen this week. We will speak to Borg and Rafa about it. I think it would be a beautiful moment for two rivals getting together at the very end – and having played one more match together on the same side would be very special.”

The Swiss Maestro got his wish as it was confirmed that he will team with the Spaniard to take on Frances Tiafoe and Jack Sock. Nadal, who arrived in London ahead of the event today, is excited to be able to share Federer’s last match with him. 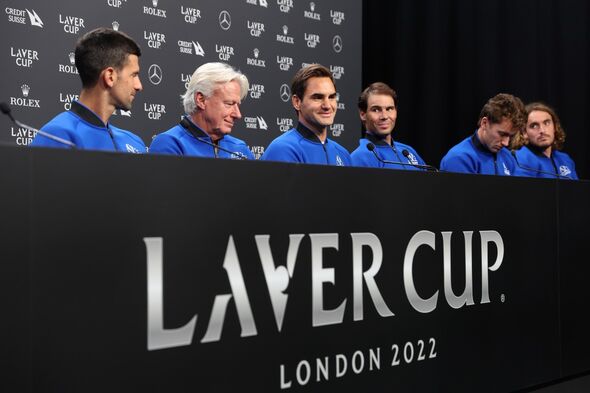 “After all the amazing things we shared together, on and off court, to be part of this historic moment is going to be something amazing and unforgettable for me,” he said. “Hopefully together we can create a good moment and maybe win a match.

“I hope the crowd will be supporting a lot and I’m super excited to be here with the team and of course to be on court having Roger next to me one more time will be something that I am very looking forward [to].”