Novak Djokovic reacts to his media coverage in February

The U.S. Open could be the second tennis major of 2022 that Novak Djokovic fails to attend because of his vaccine status, with the Serb still yet to receive the jab. But Republicans aren’t giving up in their fight to get the 21-time major champion to New York in time for the tournament’s start date on August 29.

Unvaccinated foreigners are still banned from travelling to the United States under the current laws, and Djokovic will want to avoid a repeat of his deportation from Australia in January. A U.S.-based group called the Serbian-American Voting Alliance already wrote to President Joe Biden saying it was “in America’s interest” to ensure Djokovic competes.

And now Republican Texas Representative Louie Gohmert has attempted to pile pressure on Biden after sending a letter of his own to the president. The document referred to the vaccine travel mandate as ‘anti-science’ and ‘anti-American’, mentioning Djokovic by name as it sought to have the legislation repealed.

“Novak Djokovic overcame war and threats of starvation to become one of the world’s top tennis players, if not the top player,” Gohmert told the Daily Caller prior to contacting the President. “Yet, now it appears he may not be able to overcome the Biden Administration’s cold, heartless, malevolent, scientifically oblivious mentality in order to compete in the 2022 U.S. Open. 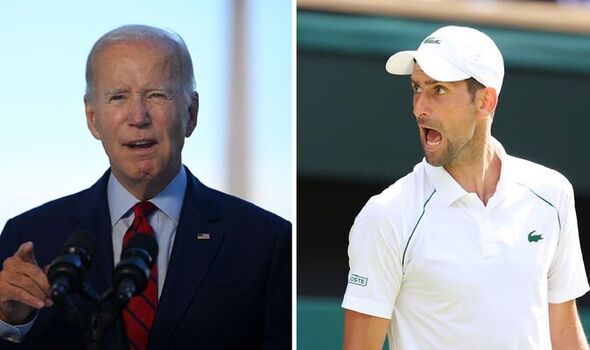 “The current vaccine mandate for foreign travelers to the United States is not only anti-science, it’s anti-American. At this point in time, it is ludicrous that anyone, anywhere, would currently be mandated to take this Emergency Use Authorized COVID vaccine from which the odds of personal harm increase as the manufacturer’s liability for harm or death are prevented. It is the very vaccine Dr. Deborah Birx so eloquently told us last week that she knew would not ‘protect against infection’ and was ‘overplayed’ by health officials.”

He went on to criticise the current government, suggesting they were either “completely delusional” or attempting to platform a “totalitarian dictator [Biden].” The letter was signed by seven other House Republicans representing Arizona, Illinois, Kentucky, South Carolina, Texas, Florida and Missouri.

More than a million Americans have died from the coronavirus as of August 3. Death figures in the U.S. have fallen in recent months, but the seven-day average for the week leading up to August 2 still stood at 430, according to the New York Times. 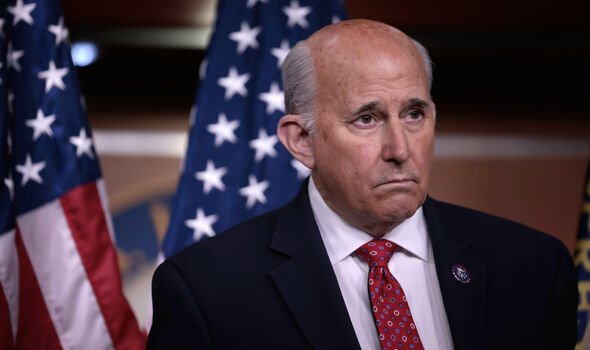 Djokovic, 35, has been a staunch advocate against the Covid-19 vaccine and said he would prefer to never win another trophy in tennis rather than get the jab. A three-time winner at Flushing Meadows, his absence could give Rafael Nadal an opportunity to once again climb two titles clear as the all-time record singles major-winner.

Nole’s win at Wimbledon in July moved him back within one trophy of his long-time rival, who triumphed in Melbourne after Djokovic missed the Australian Open. It’s been almost four years since the Serb last lifted the crown at Flushing Meadows, and the drought could continue unless the President eases the current measures, and soon.