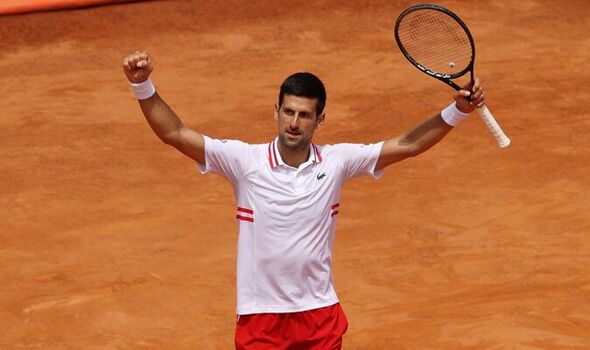 Novak Djokovic’s participation in the upcoming Italian Open has been confirmed despite the world No 1’s unvaccinated status. It will be a welcome relief for the Serb who spent the first quarter of the season embroiled in controversy and forced to miss the Australian Open, Indian Wells and Miami without the vaccine.

Djokovic is finally returning to a more normal schedule after playing just one tournament in the first three months of the 2022 season. The 20-time Major champion was deported from the country on the eve of the Australian Open over fears he would “excite anti-vax sentiment” and then kept out of Indian Wells and Miami with the United States requiring all visitors to be jabbed.

The world No 1 played the Monte Carlo Masters last week and is at home in Belgrade for this week’s Serbia Open, and had appeared on the entry list for the upcoming Masters 1000s in Madrid and Rome ahead of his French Open title defence. And Djokovic has now been given the green light to compete in the Italian Open despite not being vaccinated.

Angelo Binaghi, president of the Italian Tennis Federation, confirmed the news on Wednesday. “The rules regarding players´ participation are established by the government and the ATP,” he said.

Italy’s current rules allow unvaccinated travellers to enter the country with either a negative test or proof of Covid recovery in the last six months. Djokovic has already previously displayed a medical certificate confirming he caught and recovered from the virus in December, something that became the subject of controversy during his visa saga in Australia at the start of the year.

While rules currently only permit vaccinated citizens and visitors from sitting indoors at venues like restaurants, the world No 1 has the all clear to compete at the tournament and use all the facilities. The current ‘green pass’ and ‘super green pass’ restrictions are also in effect until April 30, after which time they could either be extended or dropped in time for the tournament to begin on May 8.

Djokovic reached the finals in Rome last year where he was defeated by Rafael Nadal. The Serb then got revenge weeks later at the French Open, beating the 13-time champion in the semi-final before going on to win his second title at Roland Garros.

It could be another showdown with the Spaniard in Rome and even earlier in Madrid for Djokovic, with Nadal set to make his comeback from a rib injury at the Madrid Open. The world No 1’s old rival Andy Murray will now also be in action at the event after making a U-turn on his decision to skip the clay swing and taking a wildcard for the tournament with the aim of getting competitive matches in before the grass season.