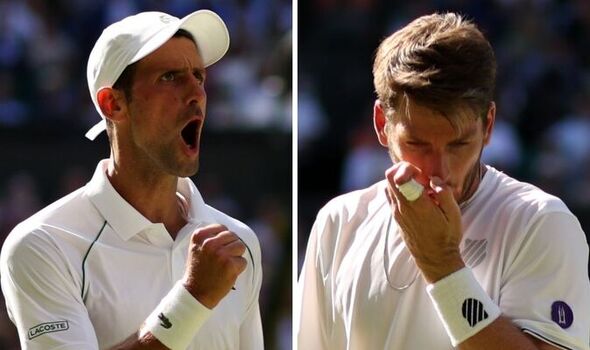 Cameron Norrie’s Wimbledon dream is over after Novak Djokovic came back from the shock of losing the first set to march through to another final. The British No 1 stunned Djokovic by taking the opening set to raise hopes of a huge upset on a sun-baked Centre Court but the defending champion recovered to win through in four sets – 2-6, 6-3, 6-2, 6-4.

Djokovic, the No 1 seed, will face Nick Kyrgios in Sunday’s final. The set of his life was one thing but Norrie needed the match of his life to defeat a man who has made Wimbledon his personal fiefdom.

The victory extended Djokovic’s remarkable unbeaten run at SW19 to 27 successive matches since he lost to Sam Querrey in 2016. The last time he lost on Centre Court was in the 2013 final to Andy Murray.

For Norrie defeat meant journey’s end at this Wimbledon after his best-ever Grand Slam. The 26-year-old has shot to prominence in these championships, emerging from the shadows to shoulder British hopes.

The Djokovic contest though represented a significant leap on anything he had encountered before on his route through the draw. On paper it was an unfair fight. Djokovic, with his six Wimbledon titles, against Norrie, in his first Grand Slam semifinal.

JUST IN: ‘Getting ready for Kyrgios’ John McEnroe stunned by Novak Djokovic 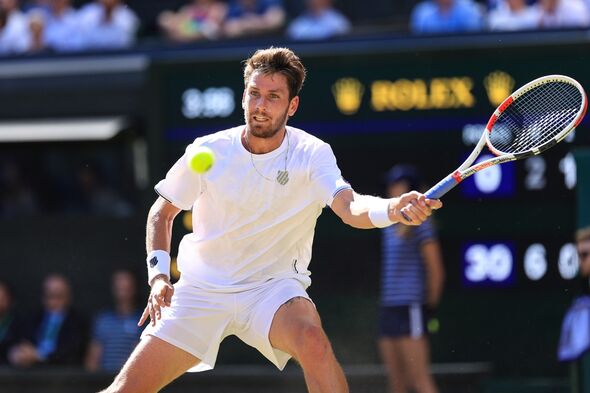 When they met last year in Turin in the ATP Finals, Norrie was swept aside in double-quick time 6-2, 6-1. He showed his determination that there would be no repeat from the off.

Norrie had promised to take it to Djokovic and he was true to his word, breaking the champion three times in the opening set. The match got off to the most dramatic of starts with a brilliant Norrie backhand pulling the champion out of position and allowed the Briton to clinch the break after an exchange at the net.

Djokovic hit straight back but remarkably Norrie, returning smartly and relentlessly aggressive with his groundstrokes, broke in the fifth game as Djokovic blazed a backhand long and then took out the Serb’s serve again to lead 5-2. He closed out the set in the next game with a 124mph ace to thunderous applause.

Djokovic was belatedly propelled into action. Donning a white cap for the second set, he had Norrie teetering in two service games but the resilient Brit dug in to hold on both occasions. The pressure though had to tell eventually and when Norrie missed with a routine backhand volley, Djokovic finally went on to break and level the match.

There were finally some ‘Nole’ cries to go with the Norries. When Djokovic broke at the third time of asking in the opening game of the third set it was clear the momentum had shifted.

The crowd, which included Wayne Rooney, sensed the match slipping away and – orchestrated by Norrie – let out a huge roar when he held his next serve. But Djokovic, into his stride now, broke again to pull clear and take the set 6-2.

Norrie’s point of difference is his stamina so the aim had to be to take the 35-year-old as deep into the match as he could.

With Norrie’s error count rising, the Serb broke in the opening game of the fourth set with the quality differential beginning to show but what you are guaranteed from the British No 1 is tenacity. He saved four break points in the fifth game as he clung on by his fingernails.

It wasn’t enough however as Djokovic served out to take the semi-final.