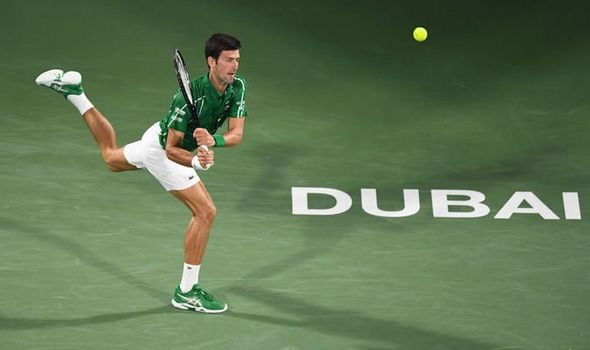 Novak Djokovic is through to the final of the Dubai Championships after saving three match points to beat Gael Monfils. Heading into the match, Djokovic hadn’t lost a match in 2020 and Monfils had won 12 straight matches.

Monfils’ inspired play continued as he led 4-2 and earned two break points for a double break.

Djokovic saved them both but on the third break point for Monfils, the four-time champion dumped a drop shot into the net to slip 5-2 down.

Serving for the set, Monfils banged down his first serve and it was too hot for Djokovic to handle as the Frenchman sealed it 6-2. 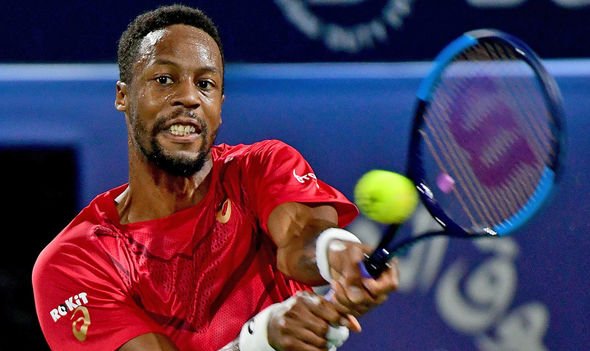 At the start of the second set, there was no let-up in Monfils’ aggression as he hit three aces in a row and in the next game he got three more break points after another Djokovic error and broke to love when Djokovic put a forehand into the tramlines.

But just when it seemed as though Monfils was on course for victory the errors crept into his game and he handed Djokovic three break points.

And a forehand into the net from Monfils allowed Djokovic to level the set at 3-3.

In a gruelling tenth game of the set, Monfils was forced to save two set points to keep himself in the match as Djokovic applied the pressure. 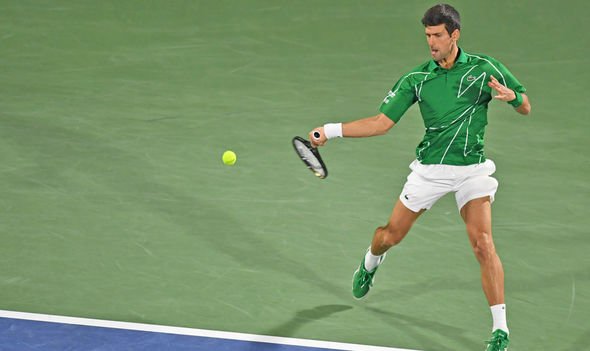 Djokovic then brought up three more set points at 5-6 as Monfils served for a tie break but the French star kept his nerve once again.

In a gripping tie-break, both players had multiple chances to win it but on Djokovic’s eighth set point Monfils hit a double fault to lose it 10-8.

With the momentum on his side, Djokovic took advantage of a weary Monfils to break serve and lead 2-1 early in the third set.

In a desperate bid to conserve energy Monfils tried to hit the ball as hard as he could but his game unravelled and that allowed Djokovic to get the double break and take full control of the match.

Monfils left the court to receive treatment but on his return continued to struggle with his movement.

And on his first match point, Djokovic sealed the win with a forehand winner.