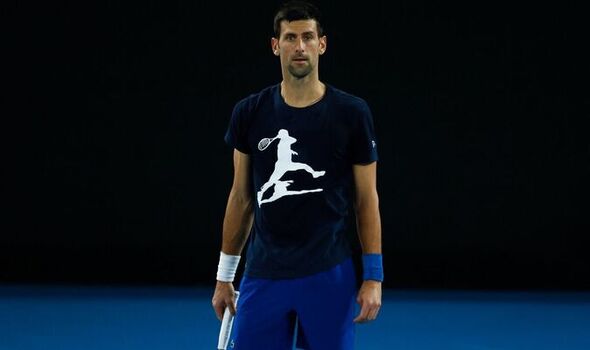 Novak Djokovic has received support from a former pro as he prepares to return to the Australian Open for the first time since being deported from the country on the eve of this year’s tournament. A former champion at the event herself, Kim Clijsters has shared her “admiration” for how the world No 5 handled the situation and shared her hopes for him to do well at the 2023 edition.

Djokovic will compete at next month’s Australian Open after having his three-year ban on entering the country overturned. The nine-time champion Down Under was deported from the country back in January after having his visa cancelled twice, successfully appealing the first time but failing the second time as it was ruled his presence would “excite anti-vax sentiment”.

As he prepares to fight for a record 10th Australian Open crown, the Serb has been told that he handled the situation admirably as retired former world No 1 Clijsters discussed the “really tough” ordeal. “I heard that he’s able to play this year, in 2023 he’s going to be able to go, and I’m sure he’s going to be more motivated than ever to try and do well there again,” the Hall-of-Famer told the Craig Shapiro Tennis Podcast.

The four-time Grand Slam champion continued to pile the praise on Djokovic as she hailed his attitude towards his previous experience in Australia and admitted she wanted to “pick his brain”. Clijsters added: “Amazing. The way that he’s able to leave a lot of the negative, the way that he’s able to put that behind him and kind of use it all in a force on the court to play better and be even more focused, I absolutely admire it.

JUST IN: Alcaraz and ‘weak’ players criticised in Djokovic and Nadal assesment

“I wasn’t in Australia when that whole thing was going on, but I can imagine it’s really tough to go through, not just for him but for the team and everyone involved. It’s a crazy situation.” The Belgian tennis star was also a fan of the 21-time Grand Slam champion’s approach to his health and fitness away from the court, as she carried on applauding Djokovic.

“I love watching him play, I love the focus on wellness and longevity, the way he takes care of his body,” Clijsters continued. “I find it so intriguing and interesting, and I just would love to sit down with him and pick his brain about it all and ask a million questions.

“How he’s so into the recovery and it’s not just the basic things that we are used to in the physio room. I was also, to a lot of people, probably out there when it comes to these things. That’s why it intrigues me so much the things that he does.”

Djokovic’s name officially appeared on the 2023 Australian Open entry list when it was published on Monday, and the former world No 1 has already signed up to a warm-up event. He will compete in the Adelaide International from January 2 after Serbia failed to qualify for the new United Cup, with reports claiming that Djokovic himself did not use his ranking to enter his nation into the tournament.