Emma Raducanu dug deep to battle past Colombian Camila Osorio into the quarter-finals of the Citi Open in a match played out during sweltering conditions in Washington.

The British No 2 had secured a first win of the North American hard court season through a two-and-a-half hour battle over Louisa Chirico and was looking to build some momentum.

Defending US Open champion Raducanu, the tournament’s second seed, started brightly to move 3-0 ahead in first set following an early break and hold. 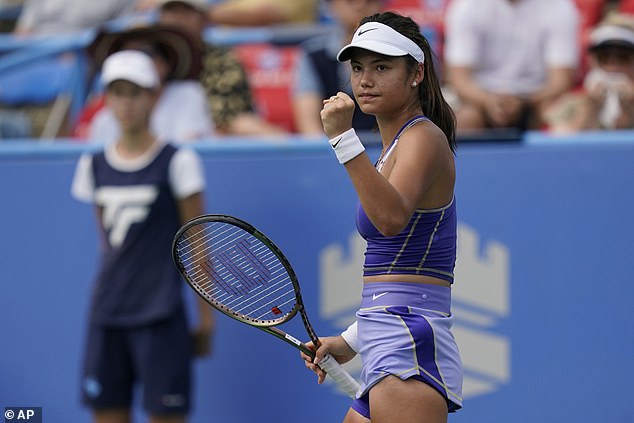 After then finding herself trailing 4-2, Osorio, the world number 67, recovered with two breaks of her own to lead 5-4.

Raducanu, though, rallied again to save two set points in the 10th game and level things up as the opening set went on to a tie-break.

After moving 2-0 ahead with a mini-break, Raducanu’s serve faltered once more as Osorio lead 5-3.

However, the British world number 10 then showed great resilience to level up before forcing a set point, which she secured with another break. 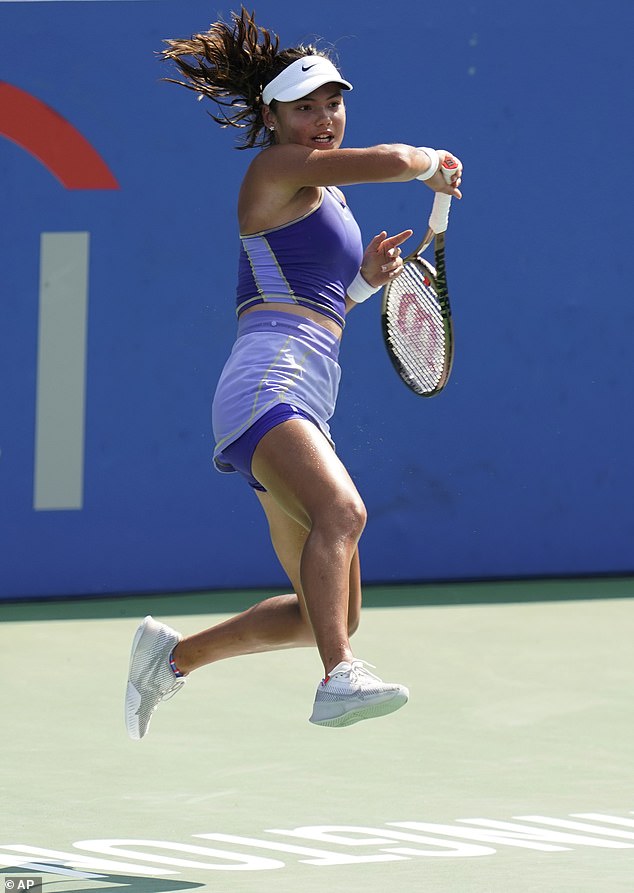 Raducanu moved 4-2 ahead in the second set and looked in control, but once again Osorio responded to level at 4-4 before both players lost serve.

Raducanu needed a medical time-out for treatment on blisters on her racquet hand, which proved so costly at the Australian Open, but returned to hold as the set moved into another tie-break.

The 19-year-old continued to dig deep as she dominated from the baseline to edge 5-3 ahead, before sealing her first match point as Osorio sent a service return wide, winning 7-6 (5) 7-6 (4).

‘I think I died about three times in that match and I came back – honestly, I don’t know how,’ Raducanu said in her post-match comments on court.

‘Camila is such a battler. I was working so hard for every single point. 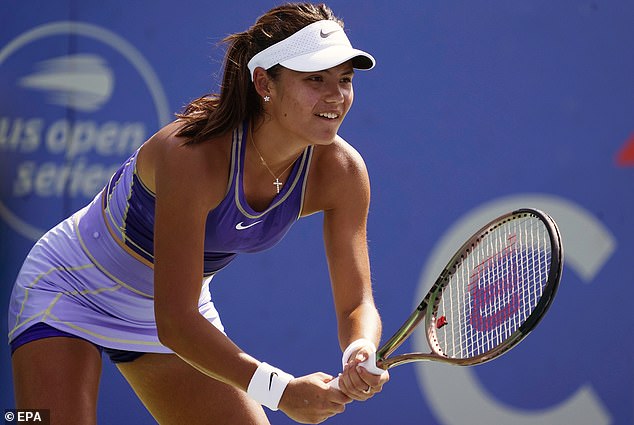 ‘When she comes back, the dynamic of the match changes a bit, so I am just really pleased to have got through that one.’

Both players had received medical time-outs at stages during the match, Osorio for a blister on her big toe midway through the second set.

Of her own hand issues, Raducanu said: ‘At the beginning of the match I was alright, but then throughout the match my skin was just ripping off – it was pretty raw and open.’

Raducanu will go on to play Russian Liudmila Samsonova for a place in the last four.

The British No 1 said: ‘She is a big ball striker and has the ability to take the game out of your hands, so for me it is just about recovery as best as I can for tomorrow. 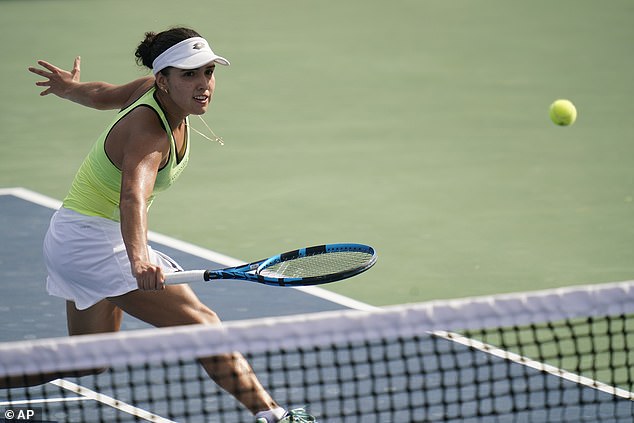 ‘Both of us are going to be feeling it, and it is a matter of who is going to stay tough.’

In the ATP event, British men’s number two Dan Evans progressed to the quarter-finals after Taylor Fritz was unable to continue during the third set because of the humid conditions at Rock Creek Park.

American third seed Fritz had won the opening set before Evans, who defeated fellow Briton Kyle Edmund in the last round, rallied to take the second on a tie-break.

As Fritz, the world number 13, continued to battle on, Evans moved 4-1 ahead.

At the end of the fifth game, Fritz called for medical assistance and then decided to withdraw, as Evans progressed 3-6 7-6 (6) 4-1. Evans will next play Yoshihito Nishioka of Japan.