Renowned coach Patrick Mouratoglou has taken a close look at just how Rafael Nadal has continued to defy the odds and lead the Grand Slam title race. Just over 12 months ago there were big fears that Nadal would never play professional tennis again due to his fitness issues.

One year on though, the Spaniard has won two Grand Slam titles in the form of an Australian and French Open, to become the most successful Grand Slam champion in the history of the sport ahead of his great rivals Novak Djokovic and Roger Federer.

Even in between his monumental wins, Nadal has continued to battle against his body, having sustained a number of injury problems throughout 2022. His ongoing fitness issues are what cost the Spaniard the chance to win a third Grand Slam of the year, after he was forced to pull out of Wimbledon ahead of a semi-final clash with Nick Kyrgios.

Injury battles are not a new trend for Nadal, having suffered a chronic foot problem – that still plagues him today – throughout the majority of his career. Remarkably though, the Spanish stalwart has been able to continuously perform at the top level, and his deadly top-spinning forehand has been at the forefront of his successes. 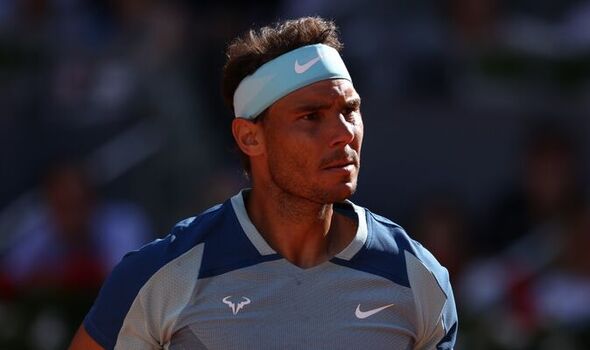 Giving an insight into why he is so lethal, Mouratoglou said as quoted by tennisworld: “He started with very strong clay court trends, but throughout the years he has technically worked a lot on it to make it adaptable to every surface. He starts his preparation in a traditional way by using his non-dominant arm to push his racquet back, head of his racquet points at the sky.

“Look now, it’s only while his racquet head is dropping to start his motion in the direction of the ball that his right arm is starting to move forward. At the same time, his bodyweight moves from the back to the front, to create a strong body transfer.” 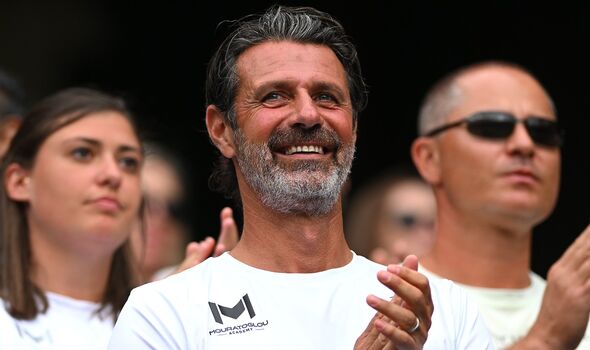 Despite picking up an abdominal injury at Wimbledon last month, the 22-time Grand Slam champion is set to make his return to the ATP Tour when he takes to the court at the National Bank Open next week. Nadal will be the second seed at the tournament in Canada behind Daniil Medvedev.

The Spanish star’s tour comeback was confirmed by the tournament, as Nadal heads back to the event he has won back-to-back in 2018 and 2019. Confirming his attendance, the National Bank Open tweeted: “5-time champion Rafael Nadal will be the No. 2 seed this year! The last two times he came to Canada he won the title (2018, ’19).”