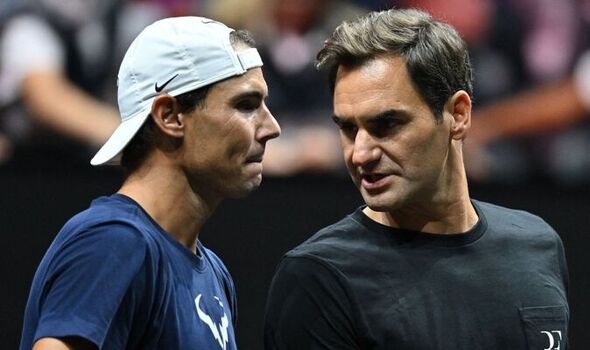 Roger Federer may end up repaying Rafael Nadal throughout the weekend at the 2022 Laver Cup following their doubles match this evening. Federer and Nadal have been on the same Laver Cup team twice before this year’s edition with the inaugural event seeing the pair team up in a memorable doubles match.

The long-time rivals and close friends have captivated fans at the event as the pair have been working together to help Team Europe. And they will reignite that friendship and camaraderie for one final time at an ATP event this week as Federer gets set for retirement.

The legendary duo will play doubles this evening in what will be Federer’s final ever match, but the Swiss tennis icon will still be with Team Europe throughout the weekend cheering from the sidelines. A unique aspect of the Laver Cup is when players go back to their team corner with players and coaches able to give advice.

Federer experienced just how valuable that can prove to be three years ago during his match with Nick Kyrgios. The 20-time Grand Slam champion appeared on the verge of losing the match with Kyrgios taking the first set. 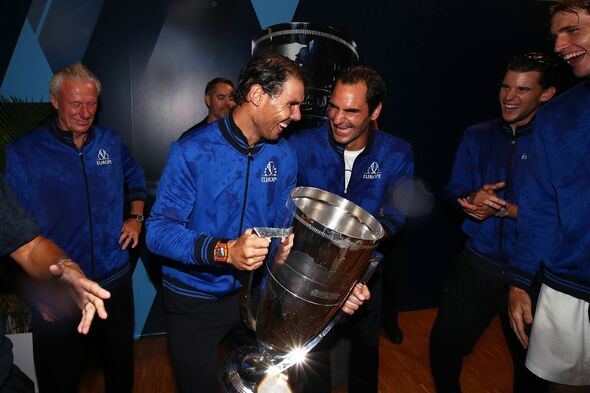 At 5-4 in the second, Federer was preparing to serve to stay in the match before Nadal approached him and offered him some strong advice.

Nadal was heard saying: “After five shots [in the rally], you are winning more [points] than him. Like 8-5 for you – I checked the numbers so the percentages are much better for you. I know it’s difficult because he reads the ball so well. Wait for the right one and then attack because he’s not missing.”

The advice clearly worked as Federer then won three games on the bounce to force a match tiebreak. After the match, Federer admitted the advice worked a treat, praising Nadal for being “excellent” when it came to rally points.

But with Federer not playing on Saturday or Sunday, the 41-year-old may need to focus on his own coaching skills this weekend. Nadal has played six Laver Cup matches prior to this year’s competition, winning three and losing three.

His only defeat in a singles Laver Cup match came in 2017 against John Isner, but he’s lost two doubles matches – one alongside Tomas Berdych and the other being with Stefanos Tsitsipas. Federer has often used his expertise to help from the sidelines in the Laver Cup, but he’ll likely be even more involved Saturday and Sunday.

And he will certainly be active if Nadal is in need of some help if the Spaniard plays singles over the weekend.