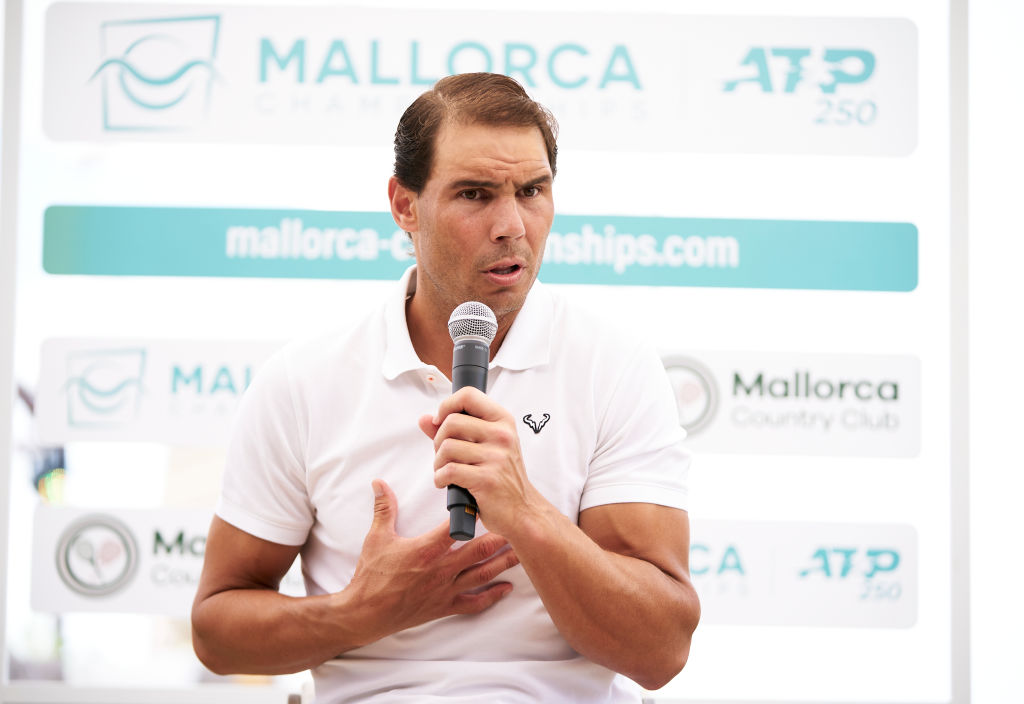 Rafael Nadal has confirmed he intends to play at Wimbledon this year.

The Spaniard has not featured at the All England Club since 2019 and his participation in the upcoming event was in doubt due to a foot injury.

Following his win at the French Open this month, the 36-year-old had hinted he could be forced into retirement after revealing he was taking injections before matches.

However, speaking in a press conference on Friday, Nadal suggested he will participate at Wimbledon, hot on the trail of a Calendar Slam after securing the season’s first two majors.

He said: ‘My intention is to play Wimbledon. I have trained well this week and my departure on Monday for London is to that effect.

‘But my foot situation must be evaluated day after day, so at this moment I don’t have this certainty of being able to play. I just know that I want to play the tournament, but we must also be careful.’

Despite enjoying success on grass early in his career, Nadal has struggled on the surface in recent years and last reached the final at the All England Club in 2011.

Three years ago was the last time he played at Wimbledon when he was knocked out by Roger Federer in the semi-finals.

Federer will be absent at Wimbledon this year with injury but Novak Djokovic, who has won the last three men’s titles in SW19, is likely to be Nadal’s biggest obstacle to securing victory.

Nadal’s triumph in Paris earlier this month put him on 22 Grand Slams, two clear of rivals Djokovic and Federer in the race to finish with the most majors.

The Mallorca native added: ‘In the first days I had complicated feelings, day after day I got better. One more week of training in London and I hope to be able to play at Wimbledon and to be competitive to do so.’