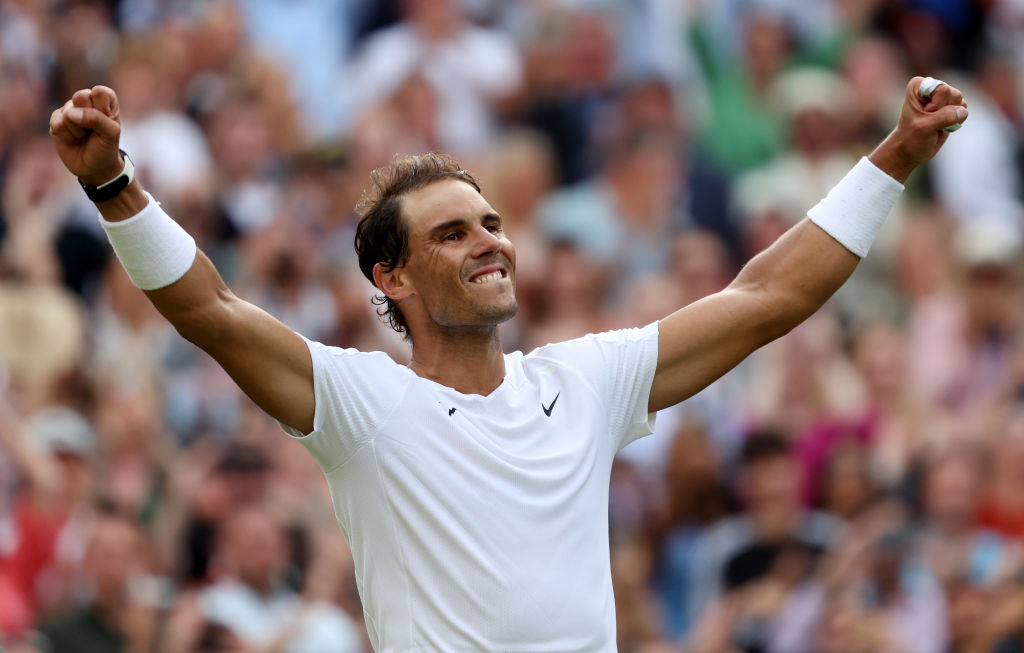 Rafael Nadal admits that ‘something is not going well’ as he struggles with an abdominal injury and it will be a battle to be 100 per cent for his Wimbledon semi-final against Nick Kyrgios.

Asked after the match how he was holding up, Nadal told the BBC: ‘The body in general is fine, of course in the abdominal something is not going well, to be honest.

‘I had to find a way to serve a little bit different and for a lot of moments I was thinking I would not be able to finish the match, but the court, the energy is something else so thanks for that.’

Nadal now has a day to recover, with his semi-final against the Australian on Friday and he knows he will have to be at his best to beat his in-form rival, but admits he might not be fully fit.

On his clash with Kyrgios, he said: ‘First thing, I hope to be ready to play.

‘Nick is a great player on all surfaces, but especially here on grass, he’s having a great grass court season.