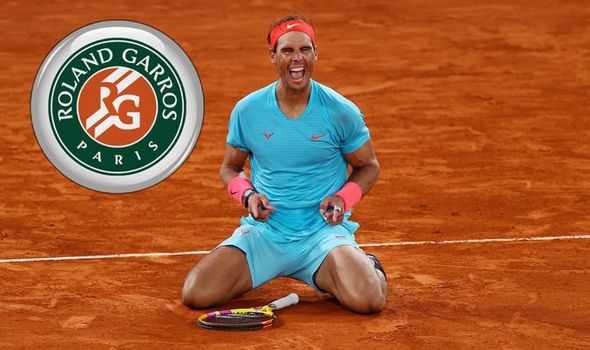 The Serb needed 55 minutes to win his first game and made his only break of serve as he put up more resistance in the third set.

Nadal also completed his 100th victory at Roland Garros since 2005 and has only lost two matches.

And he has drawn level with Federer, with Djokovic remaining on 17 Grand Slams since winning the Australian Open in February.

The world No 2 said: “It has been a very tough year but winning here means everything to me. Today I don’t think about the 20th and equalling Roger.

“Today for me is just a Roland Garros victory. Roland Garros means everything to me. I have spent most of the most important moments of my career here.

“For me, just being here is a true inspiration. The love story I have with this court and this city is unforgettable.” 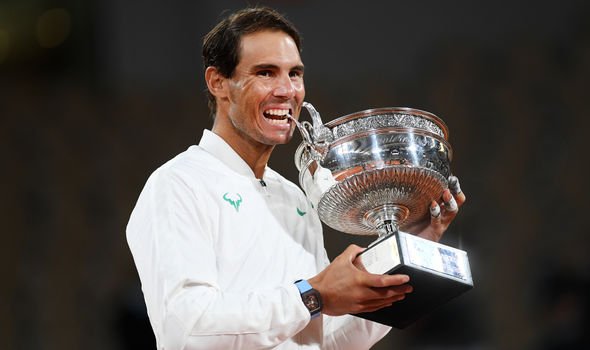 Nadal, who skipped the US Open because of COVID-19, added: “I want to send a message to everyone around the world.

“We are facing one of the worst moments we can remember – we are facing this virus. Keep fighting, stay positive and we will win against the virus soon.”

He added in the trophy ceremony: “For me winning here another time, I can’t even say it is a dream.

“It is out of my thoughts. I am super happy. This court is the most important court in my tennis career.

“We are under very tough circumstances. In some ways it is not that happy because we cannot celebrate the tournament in a normal way.

“But anyway, thanks to all the fans for their support. I really hope that in a couple of months when we are back here we will be able to celebrate this amazing, beautiful new stadium with a full crowd.” 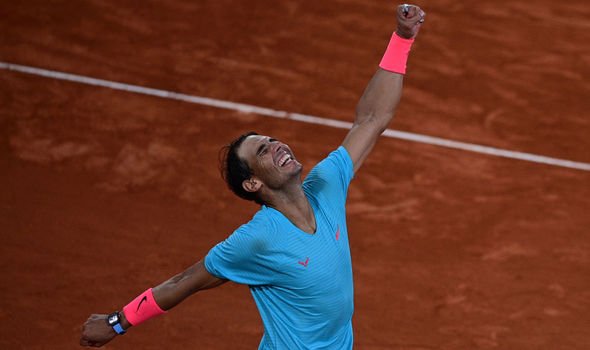 Djokovic thrashed Nadal in last year’s Australian Open final in an equally one-sided affair. After their 56th meeting, Nadal said: “First of all, of course, congras to Novak for another great tournament.

“Sorry for today. In Australia he killed me a couple of years ago. That is part of the game. We have played plenty of times together. One wins one, then the other.”

The Serb was disqualified at the US Open in New York last month and today suffered his first real defeat of an extraordinary season which also saw him contract coronavirus after his controversial Adria Tour.

He said: “What you are doing on this court is unbelievable. Today you have shown why you are ‘King of the Clay’. It was a very tough match for me today.

“I was not pleased with the way I played but I was beaten by a better player today.”

He continued: “It’s been a fantastic couple of weeks. The situation is very difficult for everyone worldwide but we have the possibility to play the sport we love.

“Thank you to everyone who made this tournament possible.”

BBL teams get an extra import

Fremantle put Hogan and Blakely on the trade table
Recent Posts
This website uses cookies to improve your user experience and to provide you with advertisements that are relevant to your interests. By continuing to browse the site you are agreeing to our use of cookies.Ok