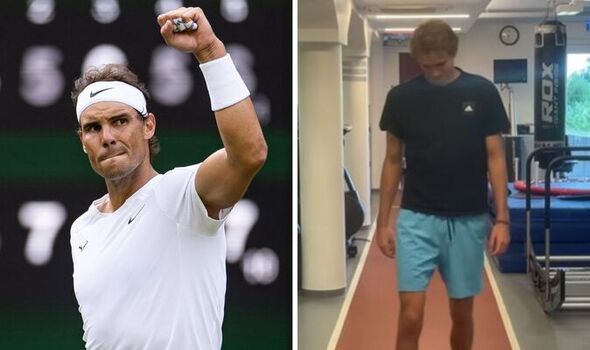 Rafael Nadal has been handed another boost for the US Open as Alexander Zverev looks set to join Novak Djokovic on the sidelines. The Spaniard will be bidding for a record-extending 23rd Major in Flushing Meadows next month and could have two of his biggest competitors for the title cleared out of his way, with the world No 7 set to be banned over vaccine rules and the German in doubt to recover from injury in time.

Djokovic has long been in doubt for the upcoming US Open, with the United States still not allowing unvaccinated travellers into the country. And Zverev could now join him in being forced to miss the final Grand Slam event of the year after sharing an update on the horror injury he picked up at the French Open.

The world No 2 went down on his ankle three hours into his semi-final clash with Nadal, needing a wheelchair to be taken off the court before returning on crutches to retire. He later confirmed he had torn several ligaments in his ankle and underwent surgery, missing Wimbledon and the grass season.

And the German has now shared an update of himself taking his first steps without crutches since he picked up the injury on June 3. While it’s a positive start to his recovery and return to the tour, Zverev’s chances to be back in time for the US Open now seem greatly in doubt with the 25-year-old only just starting to come off crutches. 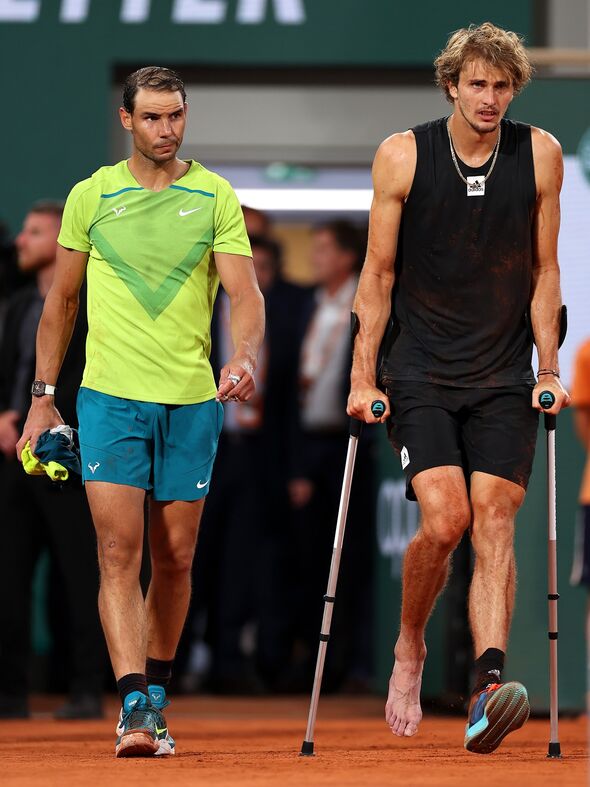 The absence of both Djokovic and Zverev would be a massive boost to Nadal, whose chances at the Calendar Grand Slam were thwarted when he was forced to pull out of Wimbledon with an abdominal injury. He is set to return for the upcoming Canadian Masters on August 7, and has still technically not lost a match at Major level this year as he withdrew from Wimbledon ahead of a semi-final clash with Nick Kyrgios.

But his Wimbledon withdrawal ended his hopes of winning all four in the same year as Djokovic stepped up to win his own 21st Grand Slam title, putting him hot on Nadal’s heels. But the world No 3 can take solace in the fact that his rival is currently not allowed to enter America, while another big contender for the title also looks set to miss the tournament. 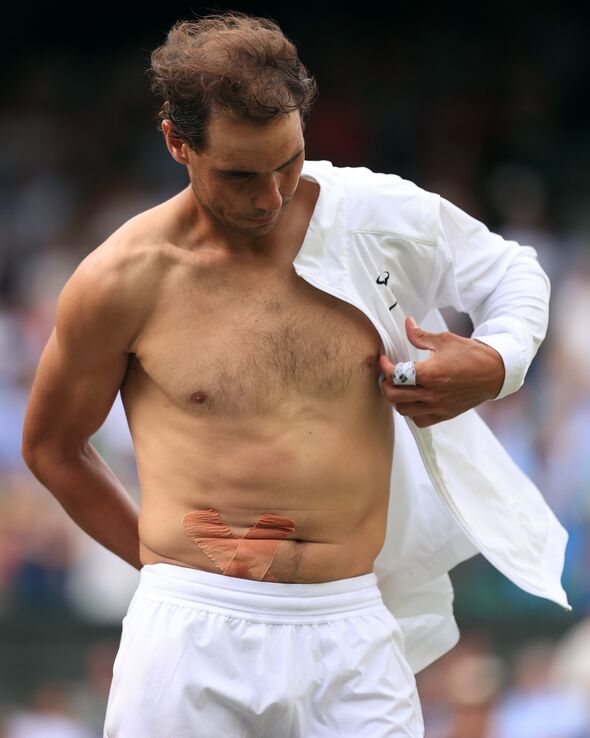 Zverev was playing arguably his best level in some time during the French Open, when he beat Carlos Alcaraz in the quarter-final and narrowly lost the first set to Nadal in the semis on a tiebreak. The pair had not even started the second set breaker when they hit the three hour mark and the world No 2 was forced to retire injured.

The 25-year-old reached his maiden Grand Slam final at the US Open two years ago – even holding a match point – before losing to Dominic Thiem. But it will be a tight race for Zverev to recover physically and get back to training in time to be back at his best in Flushing Meadows.