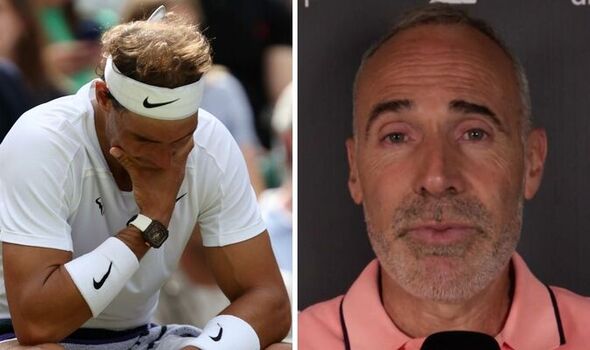 Rafael Nadal is facing a race against time to “find a solution” to his injury situation ahead of the Wimbledon semi-final clash against Nick Kyrgios on Friday, according to Alex Corretja. Nadal battled through the pain in his quarter-final contest with Taylor Fritz on Wednesday to reach his seventh Wimbledon semi-final.

At one stage during Nadal’s match with Fritz, it looked as though he wouldn’t be able to continue. Members of his box on Centre Court were pleading with Nadal to withdraw from the match with the injury clearly causing him issues.

But Nadal refused to give up and battled on before finding a second win to come back from two sets down to beat Fritz. He now has 48 hours to recuperate in time to face Kyrgios in what is set to be a blockbuster contest on Friday.

But Corretja insists the next few hours will be imperative for Nadal to prove his fitness in time to play tomorrow. “We need to see how Rafa is,” Corretja told Eurosport.

JUST IN: Emma Raducanu slammed by fans over Wimbledon message sent to Kyrgios 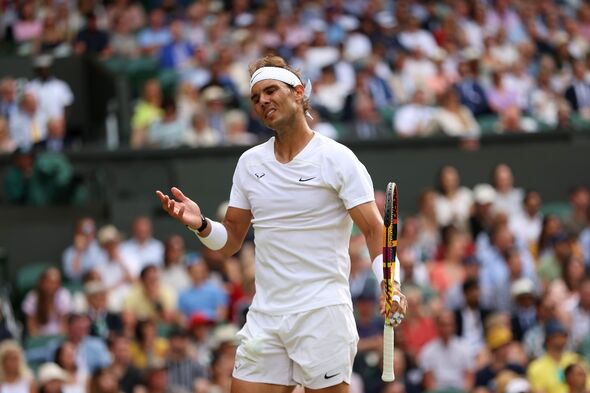 “If he is like what he was today [Wednesday], it will be very difficult. He needs to find a solution. Of course against Kyrgios he needs to be 100 per cent.

“Only if he goes on court and he sees that playing that way he has a chance to continue and winning, he will go ahead. Otherwise, I don’t think he will do it because he’s got a tough opponent.

“His serving rate – Nick – he puts a lot of pressure and he also proved himself that he can play very well from the back of the court just as he did against Garin. I’m expecting a very tough match, hopefully Rafa can recover because we all want everybody to be healthy and then we will see what’s going on.

“The first and most important thing is for Rafa can be okay to play, then the match is going to be very tough for both.” Nadal was asked after the match about his dad and sister’s gesture during the match and the Spaniard confirmed they were demanding he withdraw.

“They told me I need to retire the match,” he said. “Well, I tried. For me was tough to retired in the middle of the match. Not easy even if I had that idea for such a long time.

“But in the other hand, I did it a couple of times in my tennis career. Is something that I hate to do it. So I just keep trying, and that’s it.”