Rafael Nadal has opened up on what he hopes to achieve by the time he retires in a word of warning to his closest rivals. Nadal turns 35 this week and could be celebrating by taking Roger Federer’s all-time Grand Slam record in men’s tennis with victory at the French Open.

The Spaniard has reigned supreme on the clay courts of Roland Garros throughout his career, winning an unprecedented 13 titles.

Despite approaching the latter stages of his career, Nadal remains the player to beat at the French Open.

And Nadal continues to dominate elsewhere on the ATP Tour as he currently sits third in the world rankings.

The debate on who is the greatest tennis player of all time will rage on for decades, long after Nadal, Novak Djokovic and Roger Federer call time on their illustrious careers. 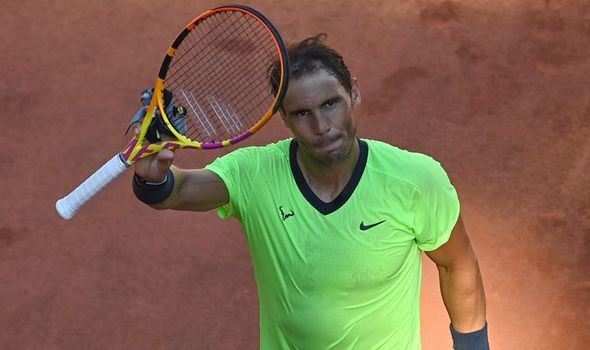 The ‘big three’ have dominated the men’s game for the past 15 years with the next generation of players only just starting to challenge on a regular basis.

Nadal has often brushed off questions when asked about his feelings on winning more Grand Slam titles.

Speaking earlier this week, the 20-time Grand Slam champion made it clear that he was only thinking of his next match.

But now Nadal has openly admitted that he still harbours the ambition to be regarded as the greatest tennis player in the history of the sport.

“I have never hidden the fact that I would like to retire as the best in history and as the player with the most Grand Slams,” he told El Pais.

“But I’m not going to lose sleep over it. It’s not that I don’t want to put pressure on myself, I say what I feel, I would love to end my career this way.

“Of course, it’s a goal for me, but I’m not obsessed with it.

“My principal goal is to be happy with what I do. I have not taken 13 titles in Paris or won 20 Grand Slam titles without being ambitious. 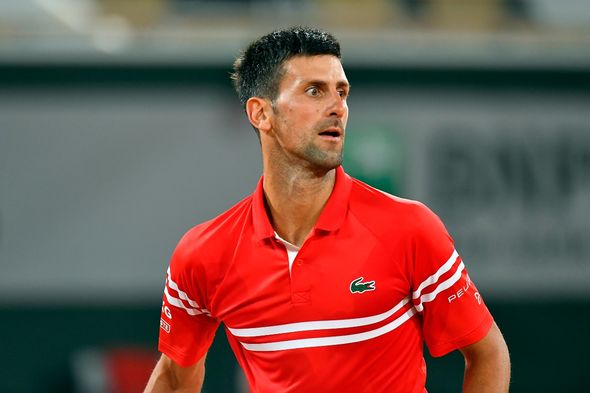 “Ambition is good, but you have to be healthy and not excessive. In every case, I set out the objectives.

“If I meet them, great, but if not, I am not going to get frustrated or stop enjoying being happy. I have a very calm life now, calmer even than in earlier years.”

Djokovic and Federer are the two players who stand in his way and possibly more so the former.

The world No 1 has age on his side and has looked in top form throughout 2021 so far.