Rafael Nadal says he and Roger Federer share a ‘great story together’ as he opened up about their relationship. Alongside Novak Djokovic and Andy Murray, Nadal and Federer have dominated tennis for the past 15 years.

The quartet have had a stranglehold over the Grand Slams and other major titles but the competitiveness has rarely spilt over into animosity.

Nadal and Federer, in particular, have a close relationship as shown last month when they combined to break the record for spectators at a tennis match in Cape Town, South Africa.

Nearly 52,000 people watched them at the Cape Town Stadium which Federer described as an “absolute pleasure”.

On Monday night, Nadal plays in another exhibition, this time in Atlanta against Grigor Dimitrov. 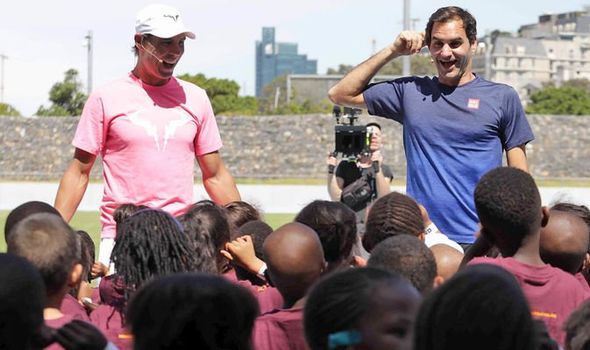 In his promotion for the event, Nadal was asked about the relationship he shares with Federer and the Spaniard was full of praise for the Swiss.

“We have a great story together,” Nadal told CBS46.

“We are having very long careers and facing each other in the most important tournaments for such a long time.

“At the same time, I think we create positive things for charity, especially events like we did in Cape Town, South Africa. 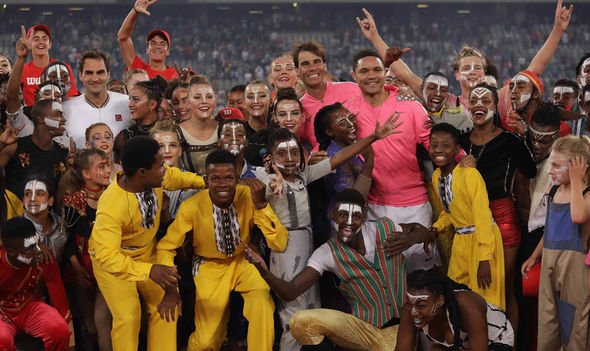 “It is a rivalry of course but at the same time it is a friendship.”

Nadal arrives in America on the back of winning his 85th career title at the Mexican Open after beating Taylor Fritz in the final.

And the win sets Nadal up nicely for the upcoming ’Sunshine Double’ in Indian Wells and Miami.

”After not competing since Australia, it’s an important week for me and an important moment,” Nadal told the ATP.

“I played solid, with the right intensity and the right passion, and my forehand worked well.

This title doesn’t mean that I will have a great season. It means another good start of the season for me.

“It gives me confidence, allows me to be in a privileged position in the ATP Race [To London]. At the end of the day, I’m still competing for these feelings that I am having right now.

“Regardless of the result, I am always happy after playing here. Now imagine how I am after getting the title.”