Rafael Nadal has expressed his delight after emphatically winning the Mexican Open. Nadal was playing in his first event since losing at the Australian Open to Dominic Thiem in the quarter-finals.

But the world No 2 showed little sign of rustiness in the final in Acapulco as he brushed aside American Taylor Fritz.

Fritz had never played in an ATP Tour 500 match and the gulf in quality was evident from the outset as Nadal dominated from the back of the court.

The first set saw Nadal drop just three points on serve and apply heavy serve on Fritz to hold on to his own. 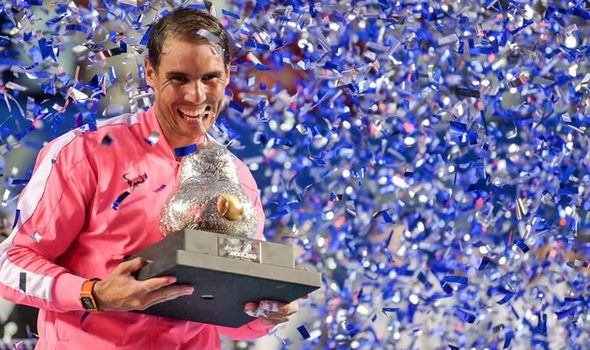 In the second set, there was no let-up in Nadal’s dominance and the writing was on the wall when he broke Fritz again to lead 3-2.

A second break in the ninth game of the set gave Nadal a crucial cushion and after just 75 minutes the world No 2 raised his arms aloft in victory.

And after the match, Nadal’s happiness at winning a third title in Acapulco was clear.

”After not competing since Australia, it’s an important week for me and an important moment,” Nadal told the ATP. 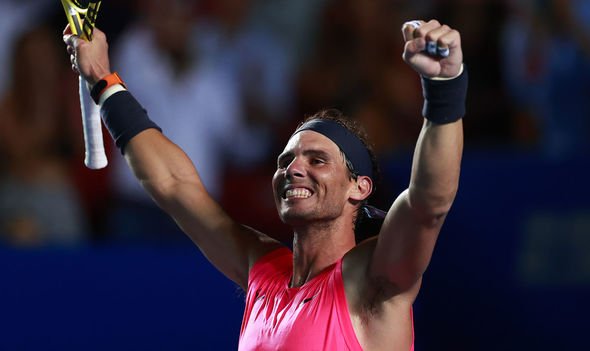 “I played solid, with the right intensity and the right passion, and my forehand worked well.

“This title doesn’t mean that I will have a great season. It means another good start of the season for me.

“It gives me confidence, allows me to be in a privileged position in the ATP Race [To London].

“At the end of the day, I’m still competing for these feelings that I am having right now.

“Regardless of the result, I am always happy after playing here. Now imagine how I am after getting the title.”

Nadal now heads to Atlanta for an exhibition with Grigor Dimitrov before playing in the first Masters 1000 event of the year in Indian Wells.