Rafael Nadal has a chance encounter with Serena Williams

Rafael Nadal has sent a message to his great rival Roger Federer, as the Spaniard caused a storm during his third round victory over Lorenzo Sonego. Nadal was involved in a heated exchange with Sonego at the net during their tie that he won in straight sets on Saturday.

The debacle started after the 22-time Grand Slam champion hit his opponent on the head with the ball, forcing Sonego to ask for the lights to be turned on in the final set. This then led to the roof being closed, which left Nadal frustrated after being keen to get the job done.

After the restart, Sonego went on to win two games on the bounce which led to Nadal calling him over to the net – as the pair looked to share a heated exchange. The Spanish star did however then re-composed himself by winning the final two games to secure a 6-1, 6-2, 6-4 victory.

Following the match, Nadal had clearly put the awkward exchange behind him, and instead turned his attention to his old rival Federer. The Swiss star is absent from this year’s tournament as he continues his ongoing battle with fitness issues that have plagued his career over the past year.

JUST IN: ‘I don’t like bullies’ – Tsitsipas confirms he tried hitting Nick Kyrgios in fiery clash 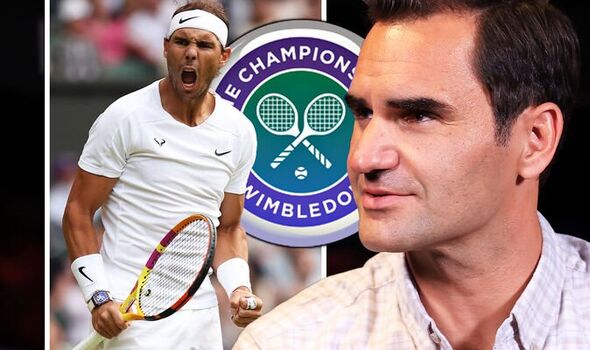 Nadal and Federer have of course shared one of the great sporting rivalries, especially at SW19 and the 22-time Grand Slam champion was asked what it was like to compete at this year’s event without the 40-year-old. In response Nadal said: “I think I answered that question, but I’m gonna say it again.

“Well, it’s a negative thing. But the life, that’s the circle of life, you know. Time happens, and the watch, the clock never stops. This kind of stuff we need to get use. But in a personal way, of course my personal relationship with Roger have been always great, and probably my greatest rival. 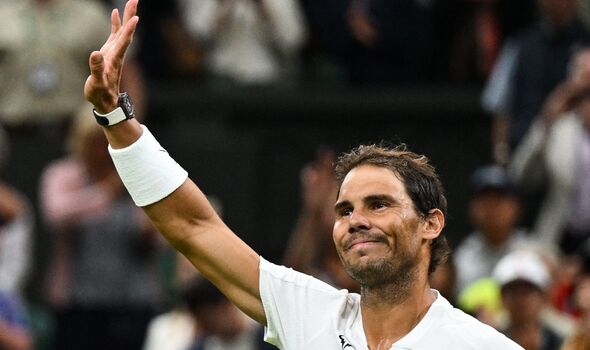 “At the same time all the things that we shared together on court is something difficult to describe, the emotions, all the things.And of course I personally miss him in the tennis tour, and tennis of course miss him, tournaments, fans, everyone.” The Spanish star went on to add that Federer is not just missed at SW19, but across the whole of the tour.