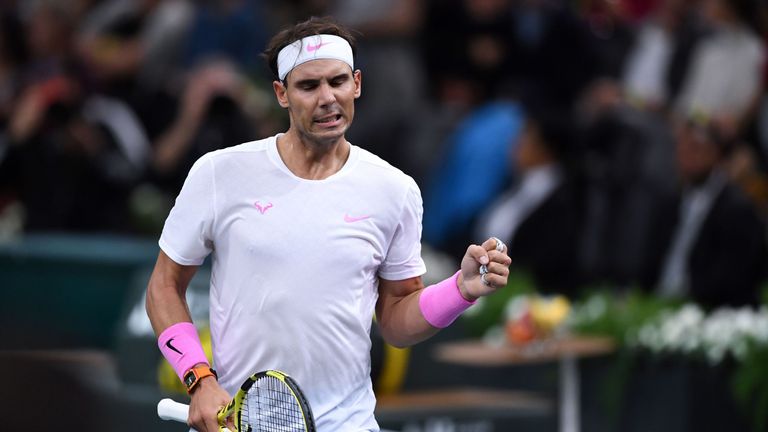 Rafael Nadal will return to the French capital for the Paris Masters, beginning on November 2.

The world No 2, who won his 20th Grand Slam title at the French Open earlier this month, has decided to prolong his season despite saying earlier this month that he was unsure whether he would be back on a match court in 2020.

It’s indoor season time… this picture was earlier today practicing at the @rnadalacademy … And yes… getting ready for #ParisBercy 😉💪🏻 pic.twitter.com/SajEB4JMEW

But Nadal posted a picture on Twitter on Tuesday of him training indoors at his academy in Mallorca and the accompanying message revealed he will play at the final Masters tournament of the season.

The Spaniard wrote: “It’s indoor season time… this picture was earlier today practicing at the @rnadalacademy… And yes… getting ready for #ParisBercy.” Nadal’s appearance in Paris also makes it much more likely that he will take his place at the ATP Finals, which is being held in London for the final time.

It is the biggest title the 34-year-old has never won and, by playing indoors, he has the chance to put some pressure on Novak Djokovic at the top of the rankings.