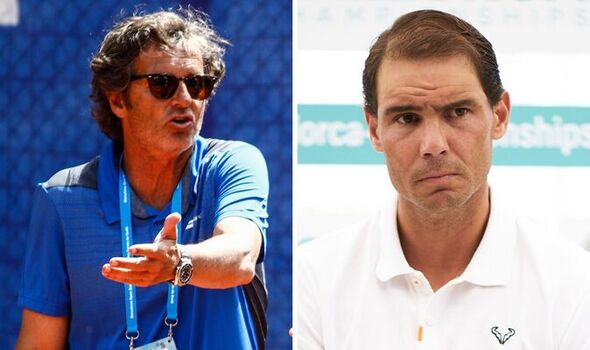 Rafael Nadal was ‘visibly upset’ during his Wimbledon warm-up match against Poland’s Kamil Majchrzak on Tuesday, according to reports. Nadal touched down in England this week and has already been practicing at Wimbledon’s Aorangi Park.

The 22-time major champion has not played any warm-up events on grass in the build-up to the tournament after beating Casper Ruud in the French Open final earlier this month. Nadal was carrying an injury throughout the tournament, where he needed injections in his foot to continue playing.

There was initially some concern as to whether Nadal would be deemed fit in time to play Wimbledon, which gets underway next week. But the world No 4 confirmed last week that he would be returning to Wimbledon for the first time in three years.

He’s now preparing for the third major of the year, but it doesn’t seem to be going to plan for the tennis icon. According to Marca, Nadal was ‘visibly upset’ at his level of performance throughout the match. 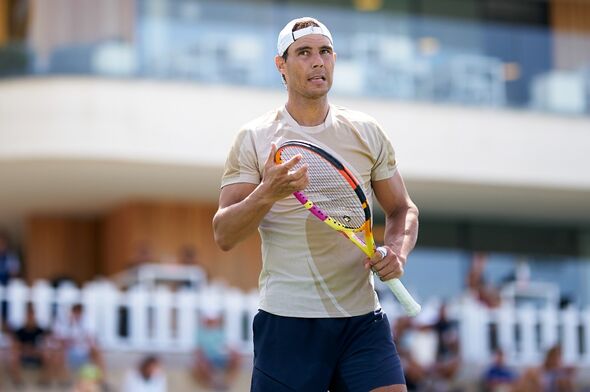 But Francis Roig, who has been working with Nadal since 2005, admits there aren’t any serious concerns heading into Wimbledon and that patience is needed having not played any grass tournaments.

“It is a bit in the dynamic that we have seen in recent years that we have come here,” he told Marca. “At the beginning it is difficult for us. They are totally different dynamisms (on grass), we do not come from playing any tournament on this surface.

“In the past we used to play some tournaments on this surface, but now we come straight. It’s not the first time nor will it be the last, I hope.

“It’s normal because when you start on grass… He’s been playing in Mallorca for four or five days, but one thing is to hit the ball more while standing, without expecting anything, than this. We had to be careful with the foot and here there are more goals playing, the demand is greater. It is normal that it is difficult at the beginning .

“We have many days ahead of us to improve, to get used to the movements, to the impacts, to recognize how the ball comes. Things like that are mechanisms you need.”