Tennis’ Big Three ‘could carry on at the top well into their FORTIES’… experts say Rafael Nadal, Novak Djokovic and Roger Federer will put off a changing of the guard for FIVE more years

The sweeping narrative of the coming fortnight’s French Open extends well beyond the very obvious question of whether anyone can stop Rafael Nadal.

Behind that is the over-arching theme for the men’s game of who will end up with the most Grand Slams, with Roger Federer and Nadal tied on 20 each, and Novak Djokovic closing fast on 18.

This is a big time for birthdays in tennis. Nadal turns 35 on Wednesday, while Djokovic (and Andy Murray) became 34 in the past two weeks. By the end of this summer Federer and Serena Williams will have reached 40. 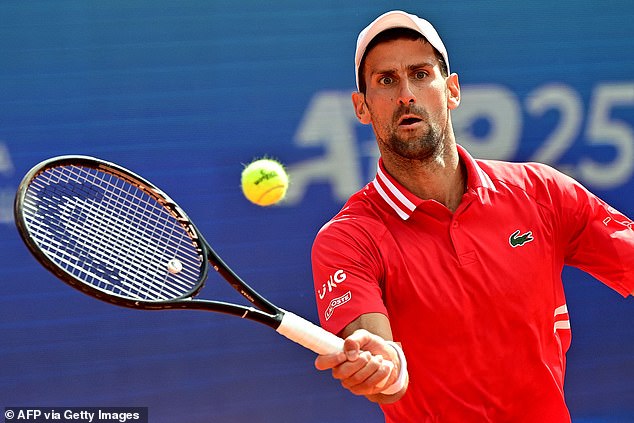 Tennis’ Big Three, including Novak Djokovic, are great athletes and may carry on into their 40s 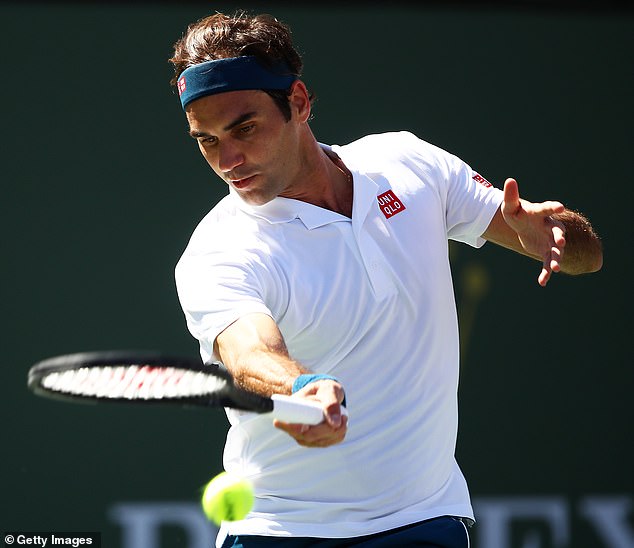 Roger Federer, 39, uses such efficient movement that he could continue into his fourth decade

So how long before the changing of the guard – talked about for so long it has become a worn cliché – finally happens? The worrying news for the challengers is that, according to assorted experts, this ageing but extraordinary generation will not fade away imminently.

Giles Stafford, a consultant orthopaedic surgeon at London’s Wellington Hospital, has long experience dealing with elite athletes and is a keen tennis player himself. He cites the control that individual sportspeople have over their careers as one reason they will enjoy surprising longevity.

‘A big difference between a sport like tennis and a team one like football or rugby is that a tennis player can choose when they come back after injury,’ he says.

‘In a team sport there may be reasons to rush back, because the manager needs to strengthen the team, or the player may fear losing their place or not getting a new contract. I’ve seen myself that it shortens careers. These top tennis players can choose exactly the right time to return.’

Of course nobody can ultimately beat Father Time, but hitting the thirties brings with upsides and downsides.

‘You would usually expect them to slow down when it comes to explosive speed in their early thirties, but at the same time that is when endurance is likely to improve,’ says Stafford.

‘I could see Federer going on past 40 because his movement is so efficient. Looking at Djokovic’s body type, he could also go on a long time. I don’t see Nadal going on as long because of the aggressive and physical way he plays, especially with that big follow through.

The world-leading trio were, unusually, all drawn in the same half of the 2021 French Open

‘With all of them I would see back issues as a potential problem. We all have a finite amount of cycles in each joint before they start to break down.

‘Another aspect is that these outstanding athletes can compartmentalise pain in a way that it is hard for recreational players to understand. I once did quite a major operation on an ex-All Black that took more than two hours.

‘To my astonishment, a couple of hours afterwards he was trying to discharge himself and I had to persuade him otherwise. In normal language it was basically because he was as hard as nails.’

His Wellington colleague and fellow orthopaedic surgeon Andy Goldberg, another keen tennis player and part of the Elite Sports Concierge Service, believes that in a non-contact sport fans should not be too surprised that careers are elongating.

‘There are plenty of examples elsewhere of maintaining peak performance late into their thirties, in football you can look at Cristiano Ronaldo or someone like Teddy Sheringham.

‘In tennis specifically the improvements and racket and string technology are helping, but there are some things they cannot escape.

‘As you age your ability to use oxygen decreases. Your bones are at a peak mass from 25-35 and thereafter there is a decline for all of us. Another important thing are the collagens, which strengthen our skin, tendons and ligaments. These become stiffer as you get older and more susceptible.’ 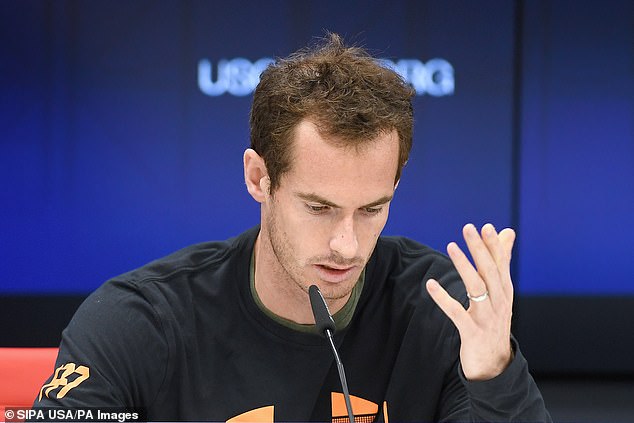 Tennis players are definitely getting better at warding off the onset of middle age. It was 30 years ago that Jimmy Connors astonished the game by making the US Open semi-final just after turning 39, but the sport has been hugely more physical since then.

‘We are not all equal, some are just born less prone to injury,’ adds Goldberg. ‘ These players are titans whose genes are set up that they have incredible physiques. Their mental capacity is greater, too.

‘Andy Murray has had a hip replacement and wears ankle braces but he’s so determined that he’s trying to overdrive it.’

He also offers a more prosaic explanation, about why they are driven to keep making the sacrifices: ‘I don’t think when it comes to the question of longevity we should ignore the money that is on offer these days. These people are brands and they want to maximise that.’

From inside tennis comes the view that careers lasting two decades will become seen as more normal.

As strength and conditioning trainer specialising in rehabilitation, Kieron Vorster has spent more than 25 years working with the likes of Tim Henman, Wayne Ferreira and more recently Dan Evans. 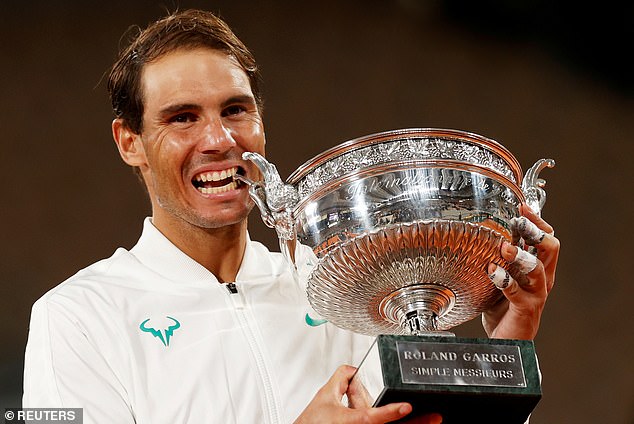 Watching Nadal, 34, lift the French Open trophy could be a familiar sight for a few years yet

‘There have been big changes in sports science, how players prepare themselves in terms of sleep, nutritional intake, recovery techniques and even things like yoga,’ he says. ‘Back in the day it was showers and massage after a match and off you went.

‘Then ice baths came in and now you have a lot of players using leg sleeves that can go up to the hip, which use compression to get rid of lactic acid. The top players now have entourages with them that include highly skilled specialists who will oversee recovery.

‘In the 90s a player might just take some electrolytes during a match, now things like sweat and blood get analysed to make sure they are taking on exactly what they need.

‘I think it’s possible that this changing of the guard could take another four years, providing these exceptional players still feel motivated. The boundaries are going to be pushed, you might in the future see more players go on into their early 40s and be very competitive.’

Tennis is also a sport where even in a long set a player will run probably no more than a kilometre, albeit at high intensity.

‘You are seeing people in Iron Man and Triathlons posting personal best times in their 40s,’ adds Vorster. ‘ Of course genetics are involved, but careers of 20 years might come to be seen as average.’

In which case the sight of Nadal biting the Coupe des Mousquetaires at Roland Garros, a staple of Sundays in early June, is one that may yet be replayed several more times.

Tags: dominance, Nadal&apos;s, Rafael
You may also like
Latest Posts