Tennis Grand Slams: Who is the greatest of all time?

Roger Federer and Rafael Nadal have an advantage over Novak Djokovic because the Serb is not as popular with fans. That is according to Federer’s former coach Paul Annacone, who believes that Djokovic’s lack of popularity, compared to his rivals, is a major factor when spectators are allowed to attend matches.

Djokovic will be aiming to draw level with Federer and Nadal on 20 Grand Slam titles when he plays at Wimbledon next week.

The 34-year-old has dominated the Majors in 2021, winning both the Australian and French Open so far.

He could even complete an unprecedented Golden Slam, by winning all four Majors and an Olympic gold medal in the same year – something only legendary women’s player Steffi Graf has achieved.

Djokovic’s chances of winning at Wimbledon, which runs from June 28 to July 11, have been improved by Nadal’s withdrawal after a challenging clay court season and Federer’s struggles following knee surgery. 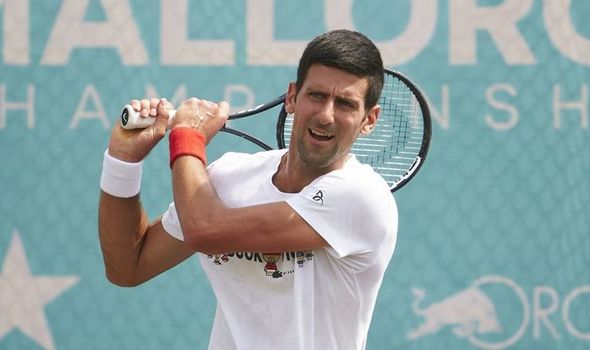 The world number one will be the firm favourite to win his sixth title at the All England Club and his third in succession, following victories in 2018 and 2019.

However, despite his brilliant form, Annacone thinks he will still have to overcome the relative indifference of the Wimbledon crowd towards his personality.

“I think Novak Djokovic is someone that is driven by what history shows him,” he told Tennis World USA.

“For me, I think that’s a shame for Novak because he hasn’t been able to get the appreciation he deserves.

“I mean he’s been the most dominant player in the last decade. That’s just the way it is.”

Djokovic will arrive at Wimbledon next week on the back of his fantastic comeback win over Stefanos Tsitsipas at the French Open.

The Serb, who beat Nadal in the semi-final, came from two sets behind to beat Tsitsipas and move onto 19 Grand Slam titles.

Federer, meanwhile, was forced to withdraw from the last 16 at Roland Garros in order to protect his fitness.

The Swiss then suffered a shock defeat by young Canadian player Felix Auger-Aliassime at the Halle Open on Wednesday.