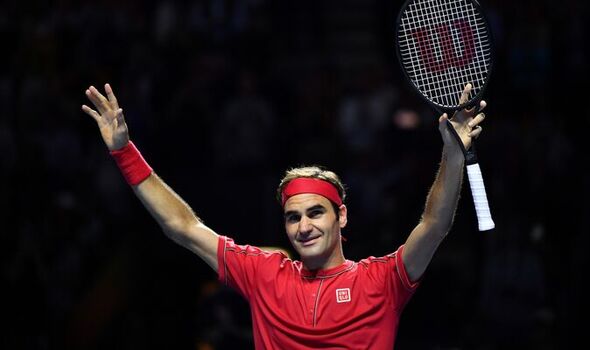 Roger Federer is set to return to competition in October at the Swiss Indoors in Basel. It will be his first tournament since July last year, when he crashed out of Wimbledon in the quarter-final and ended his season to undergo a third knee surgery. It comes after the 40-year-old has returned to training and shared footage from his sessions.

Federer has officially confirmed his participation in his home tournament at the Swiss Indoors in October. It will be his first official tournament since Wimbledon last July, with the 20-time Major champion already set to compete at the Laver Cup in London’s O2 Arena in September. He is play his opening match on Tuesday, October 25 and, if he gets through, will play again two days later on the Thursday.

The 40-year-old has been out of action since suffering a “setback” with his knee on the grass courts and having what was his third knee surgery in less than two years. Federer has played just five tournaments since February 2020 after being struck down by the knee injury but has been back in the gym in recent weeks and it appears his early training sessions have been successful, with his entry to Basel the first sign of a comeback to professional competition.

Federer is a 10-time former champion at the Swiss Indoors with his most recent triumph coming in 2019, also the most recent of his 103 titles. The former world No 1 was a ball-boy at the event as a teenager and it has long been considered the tournament he would choose to retire at.

It comes after Federer returned to intense training for the first time since having knee surgery in August. The current world No 41 posted photos of himself in the gym saying: “rehab is rockinggggggg,” and later shared an Instagram Reel with footage from one of his sessions.

He could be seen practicing his footwork as well as using a metal pole to mimic backhand and forehand swings. The announcement fits with the timeframe Federer outlined in February, when he told his sponsor CreditSuisse he would know more about a comeback in April or May after returning to practice.

“To give you a little bit of an update maybe I have I think a very interesting and important next sort of months ahead of me. I feel like I will know a whole lot more coming April, you know, where my body is going to be,” he said in February. “I wasn’t really allowed to run yet and do the heavy workload with jumps and stop-and-gos so I hope that that’s all going to start hopefully in a couple of weeks and then we’ll see how the body will react to that. And that’s obviously what I will need to return to the tennis court.”

Touching on a potential comeback to tennis at the time, he continued: “So I think this question is better answered maybe by April / May but for now of course the drive is there, I’m really motivated to do my work when I’m allowed to do.”

The announcement of his participation in Basel is a welcome indication of how Federer’s rehab is going. He will also be the defending champion at the tournament, which was cancelled in both 2020 and 2021 as a result of the coronaviru pandemic.