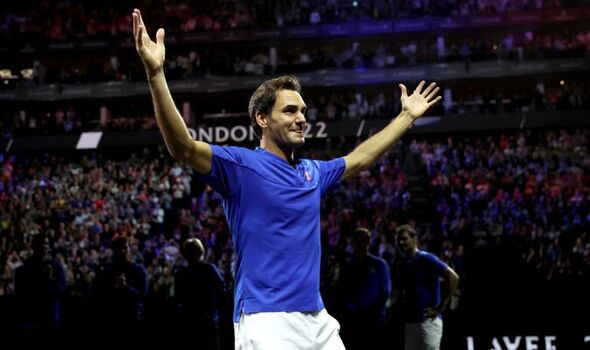 There was no fairytale finish to Roger Federer’s remarkable career tonight as he lost his last ever match at the Laver Cup. But the doubles defeat with Rafa Nadal to Americans Frances Tiafoe and Jack Sock at The O2 was still a celebration in front of a sell-out crowd at the O2 in London.

Every volley and winner was met with ecstatic applause by a fanatic crowd in an emotional end to his 24-year career in his 1,527th match. Many had paid thousands of pounds to be present for this near-religious experience for his devoted followers.

But Federer and Nadal share 77 years as well as 42 Grand Slam titles and time eventually caught up with them as the clock ticked past midnight. And US Open semi-finalist Tiafoe and doubles specialist Jack Sock played the role of red-shirted pantomime villains to ruin the script. The Swiss had a match point on his serve but put a forehand into the net.

Despite the urging of the crowd, Team World won 4-6 7-6 11-9 when Sock hit a forehand winner to draw the three-day event level at 2-2. But his annual exhibition against John McEnroe’s Team World, now in its fifth edition, has been all about Federer’s farewell.

The two tennis legends received a rock-star reception when they finally walked out on court just after 10pm in their matching blue and white Europe kits and bandanas. 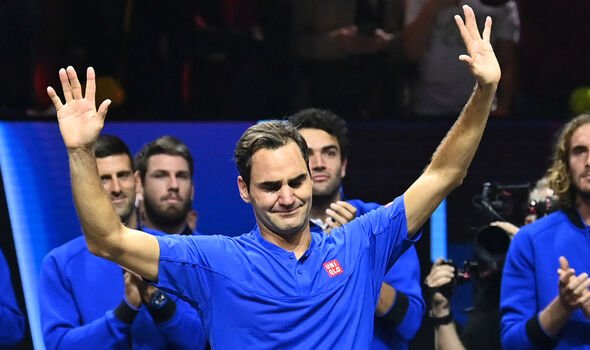 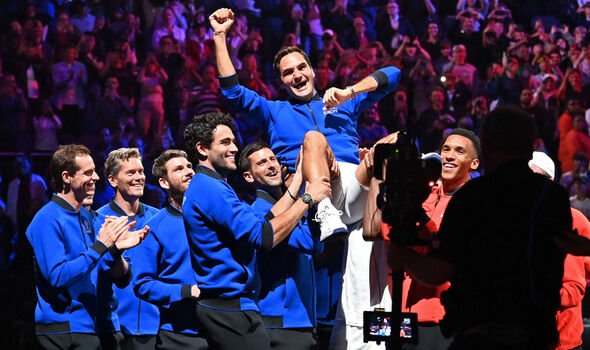 It was the climax to an emotional eight days since the 41-year-old announced his retirement following three surgeries on his right knee – and then given countless interviews and features about his time at the top.

L’Equipe even revealed that the Swiss superstar had requested 15 copies of its edition announcing the end of his career with the front page headline: ‘God Save The King’. The 20-time Grand Slam winner had not played a competitive match since losing the quarter-final at Wimbledon last year to Hubert Hurkacz.

But he brought the first cheer of the night with a sharp volley to win the second point – and then somehow hit a winner through a small hole in the net by the post before captain McEnroe’s protests saw the Americans claim the point.

This event blurs the line between sport and entertainment and both squads huddled around the players during changeovers under a spotlight. Cheerleader-in-chief Novak Djokovic, who did not play today, was especially full of advice. And ‘Fedal’ made the first break on the Tiafoe serve to win the first set after the pep talk when Sock dumped a volley into the net. 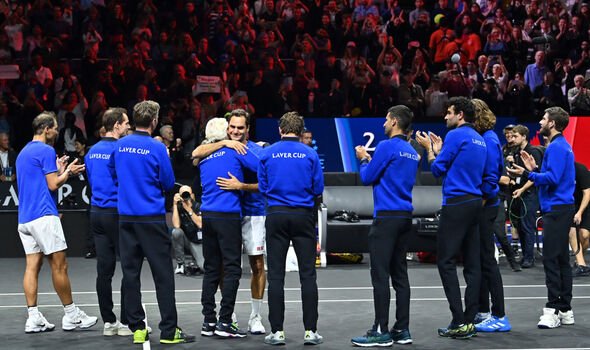 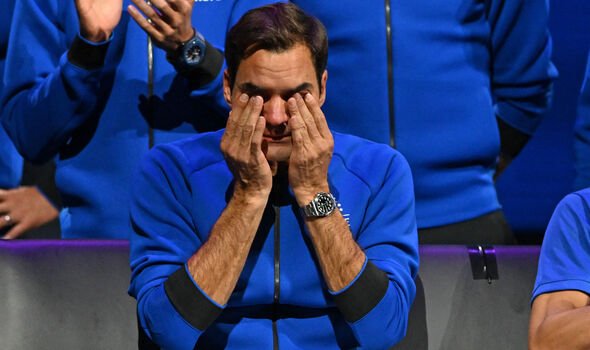 The Americans broke the Nadal serve when Federer fluffed a volley at the start of the second set before ‘Fedal’ levelled by breaking Tiafoe to draw the scores level at 3-3.

Nadal had to save six break points at 5-5 before a very competitive tiebreak. One half-volley winner from Sock in the match tiebreak was just outrageous while Tiafoe drew boos for hitting Federer with a forehand at the net – and he nearly did the same to Nadal – before Sock settled the match.

In the opening match of the evening session, Murray lost his first ever Laver Cup match 5-7 6-3 10-7 to Aussie Alex De Minaur to give Team World their first point. Two points are awarded for a win in the four matches on Saturday and three points on Sunday