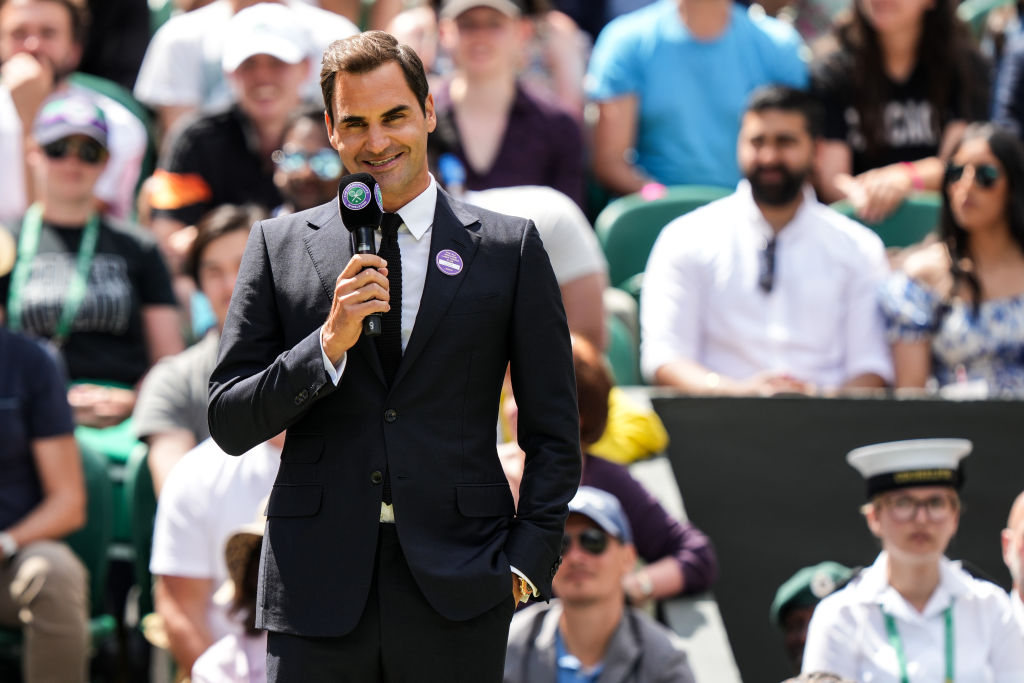 Roger Federer hinted that his tennis career may soon come to an end after the Swiss legend was forced to miss Wimbledon 2022.

The eight-time Wimbledon champion, who has won 20 major titles, was absent from this year’s Championships for the first time since 1998 as he continues to recover from a third knee surgery.

Federer, 40, has now fallen behind Novak Djokovic in the all-time Grand Slam titles race, with the Serbian beating Nick Kyrgios on Sunday for his 21st trophy.

He is also two behind Rafael Nadal’s total of 22, but hinted that he may retire soon after Monday’s updated ATP rankings meant that he was now without a single point to his name.

‘I am a winner lover, but if you’re not competitive any more, then it’s better to stop,’ Federer told Dutch newspaper Algemeen Dagblad.

‘I don’t think I need the tennis. I am happy with the little things, like when my son does something right and when my daughter comes home with a good grade.

‘Tennis is part of, but not my entire identity. I want to be and remain successful, and put a lot of energy into business – probably give more than I should sometimes, but that can also be done outside of sports.

Federer has not played since last year’s Wimbledon, where he became the oldest quarter-finalist in the Open Era at SW19.

He dropped out of the world top 50 in June for the first time in 22 years.

Federer will make his ATP Tour return in September at the Laver Cup, the team competition he founded back in 2017.