Roger Federer will face off against Britain’s Cameron Norrie on Saturday after comfortable dispatching Richard Gasquet in straight sets, but it will be a very different match to their first meeting two years ago. The 20-time Grand Slam champion looked shaky in his opening match of the tournament against Adrian Mannarino.

The Frenchman was up 2-1 in sets before suffering an injury at the end of the fourth, which forced him to withdraw from the match.

Federer admitted after that Mannarino was the “better player” and that he was lucky to get through.

But there was nothing lucky about his progress to the third round after comfortably beating Gasquet.

The first set proved to be a close affair with Federer coming out on top in a tiebreak. 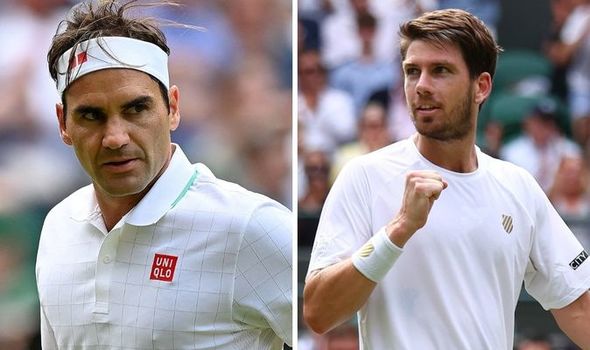 Federer then took full control of the match in the second as Gasquet ran out of ideas to trouble the 39-year-old.

The Swiss tennis icon already knew that British No 2 Norrie would be waiting in the third round and he has good history of playing the 25-year-old.

Norrie was ranked No 91 in the world at the time of their match at the Hopman Cup in December 2018 and was outclassed by Federer.

Federer came out on top 6-1, 6-1 on that occasion and it could give Federer some confidence.

But Norrie is a much improved player since that meeting, particularly this calendar year.

He’s broken into the top 40 and has recorded impressive wins over the likes of Dominic Thiem, Denis Shapovalov and Aslan Karatsev.

And while Norrie admits to being in awe of Federer’s legendary status, it’s clear that he’s out to put in a far better performance at Wimbledon than he did two-and-a-half years ago.

“I think the guy’s obviously such a legend of the game, he’s very comfortable here, very confident here,” Norrie said. 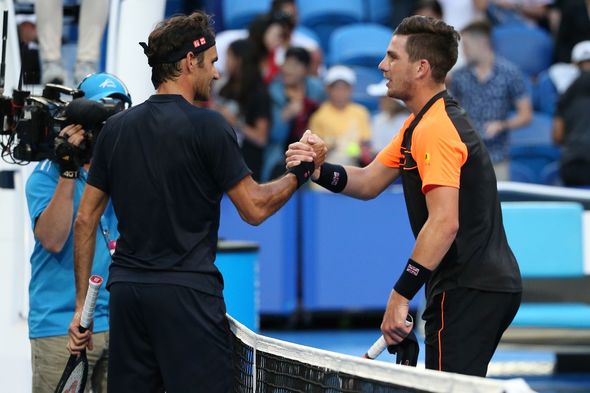 “Yeah, first of all, it’s just going to be a pleasure to play against him again. I played him once before. He absolutely whacked me pretty easily. I’m going to just look at it like any other match.

“But definitely need to take into account obviously he’s got such a well-suited game for the grass. I actually watched his match against Adrian in the first round.

“He’s playing very well, and he looks comfortable out there. I thought it was a high-level match.

“Yeah, it’s going to be a great experience regardless of who I play. I’ve watched him and I have a lot of respect for him and his team, what he’s done to the sport and for the sport.

“It’s going to be unbelievable regardless.”